“No Time For Puts”: Weekly Market Review From Blofin

The impact of the international situation has become the dominant factor in the derivatives market, which has a significant impact on short-term volatility.

Liquidity shows signs of shrinking ahead of schedule, indicating that the bear market will be shorter than generally expected.

In a market environment similar to “liquidity quota”, investors’ priority allocation of commodities and stable assets will further affect the liquidity of the risk asset market, and the crypto market will continue to be under downward pressure.

“No Time For Puts”

Within a week, the situation in eastern Europe took a sharp turn for the worse. Risk asset prices fell, the overall performance of the crypto market was also significantly affected, which caused the market cap to shrink further. As of February 23, the crypto market cap fell to $1.74 trillion, down more than 40% from the peak.

Since the previous expectation for the Fed to raise interest rates was too large, to some extent, the adverse effects brought about by the change in the situation in Eastern Europe this time have formed a hedge against the positive effects brought by the Fed’s relatively moderate attitude. As a result, the overall volatility did not jump a lot, but the front-month options took a hit. 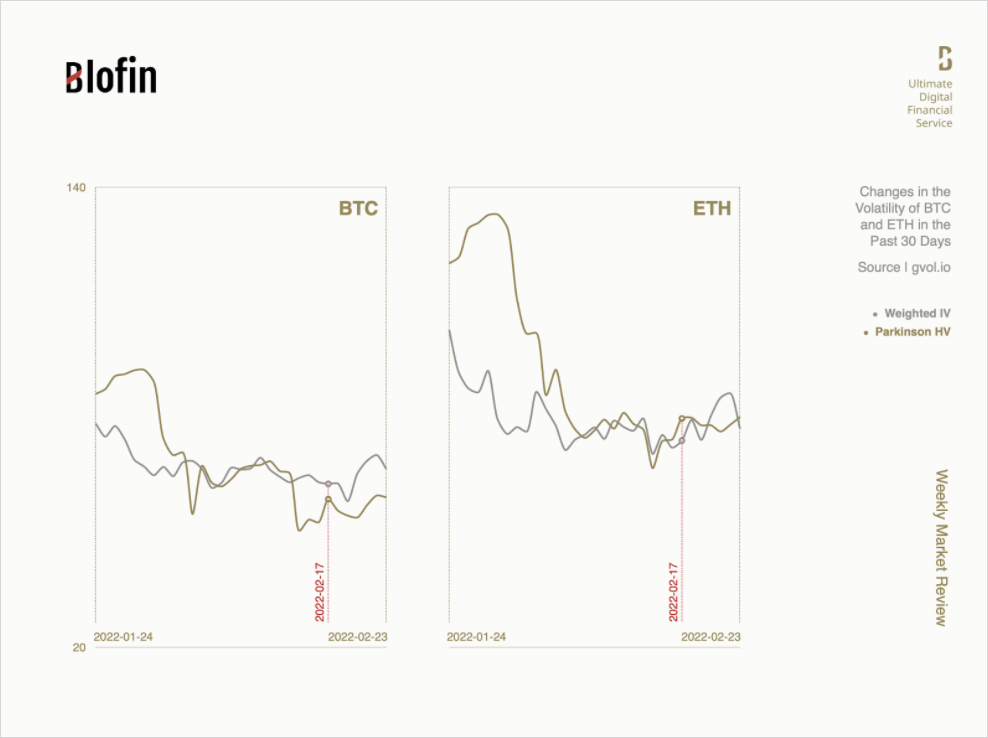 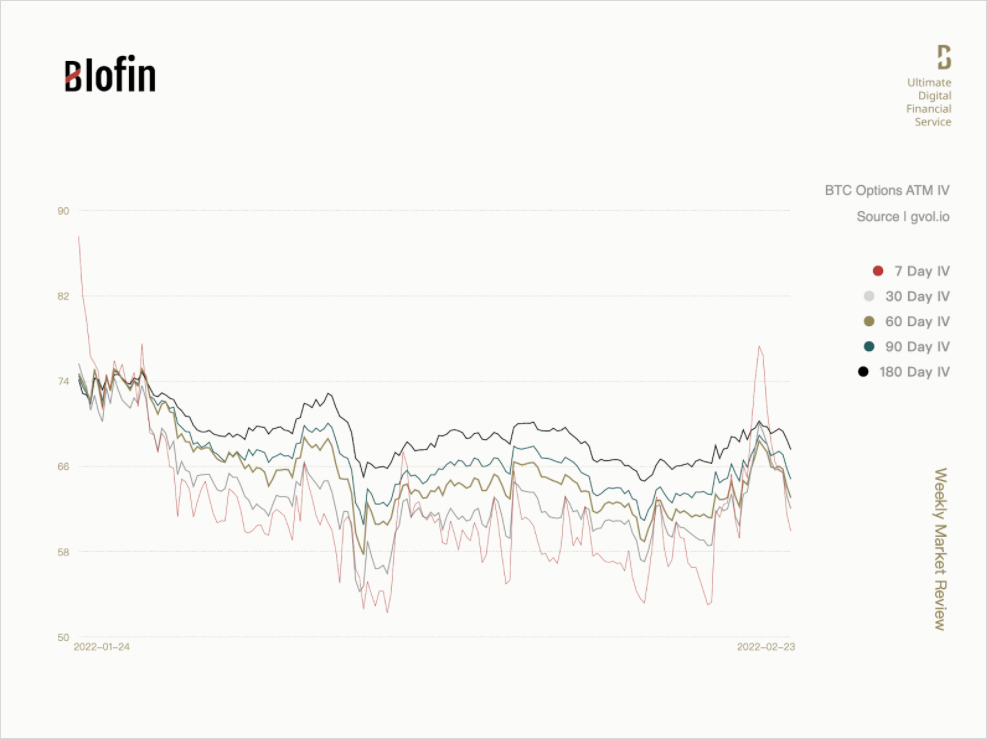 Although there was a brief overall decline in the futures premium curve at the beginning of the escalation of events in eastern Europe, it returned to normal levels within 24 hours. 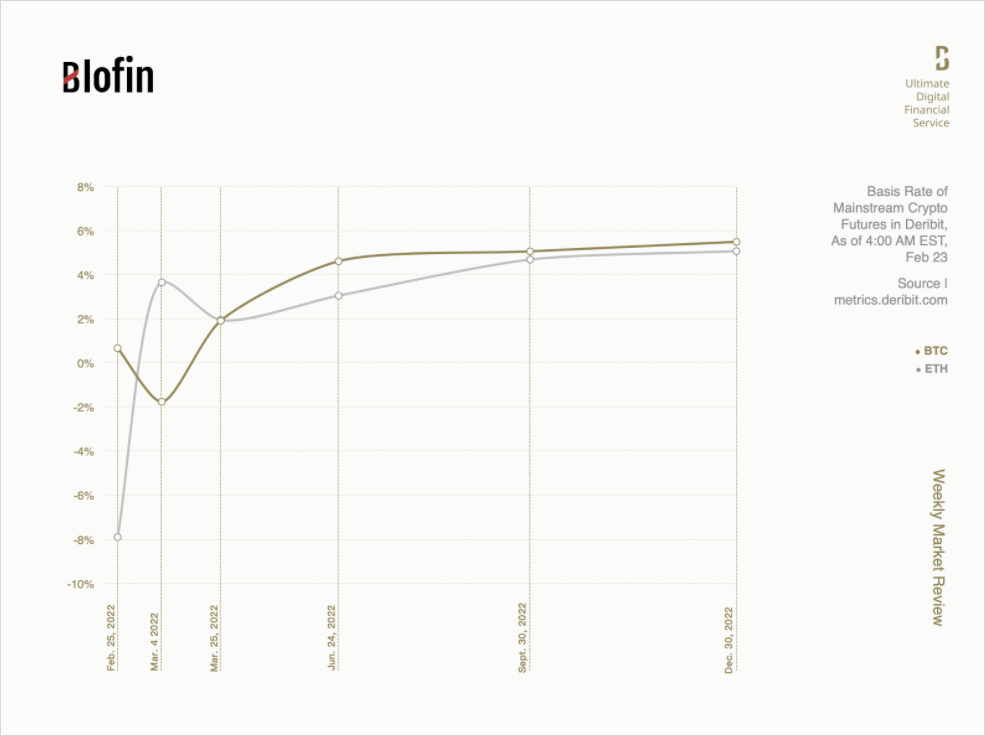 However, investors’ risk aversion remained strong. The purchase of a large number of put options with different maturities had caused the skew curves to decline significantly again, close to the level when the Federal Reserve turned hawkish sharply at the end of January. With less than a month before the official interest rate hike and increased geopolitical uncertainty in Europe, buying put options in advance is still an acceptable option. 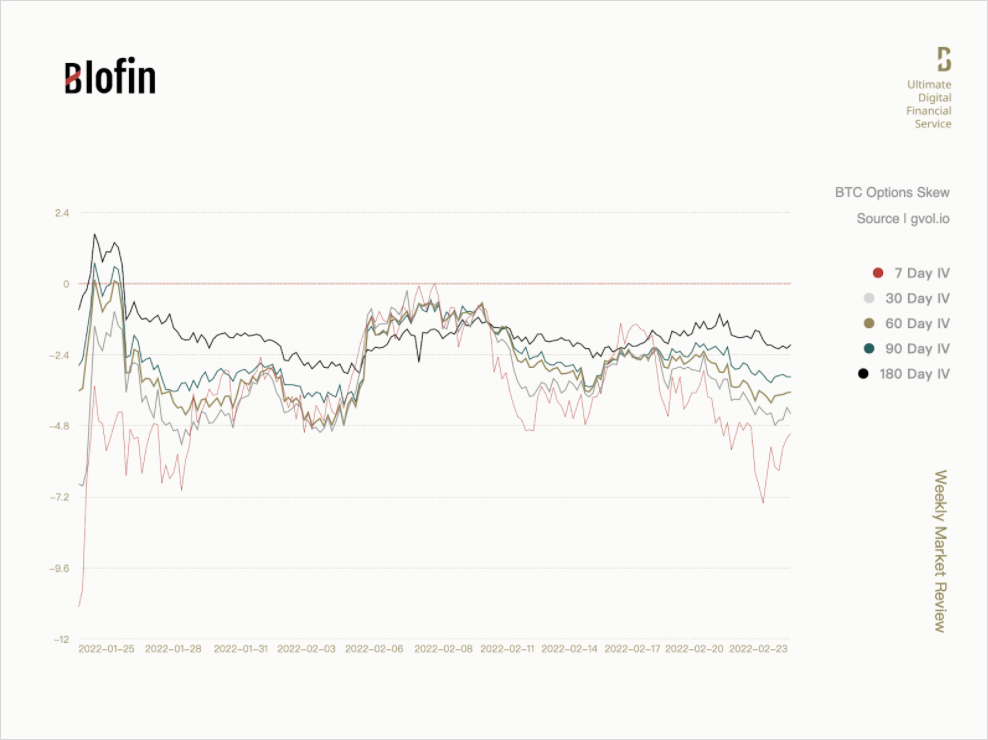 Liquidity Shrinks Early: The Faster the Tide Goes Out, the Sooner the Tide Rises

Under the Fed’s “expectations management” for more than half a year, capital markets overreacted to expectations, making the liquidity contraction even turn from expectations into a reality.

For the central bank, excess liquidity can be regarded as a “stabilizer” for the economy, which can help the financial system to build a liquidity buffer to a certain extent. However, as investors sell risky assets and withdraw liquidity too quickly, the liquidity stored in risky assets has fallen faster than the timetable planned by the central bank. If tough or even drastic measures are taken, it will cause turbulence in the capital markets, and the impact on the economy is undoubtedly significantly negative.

Based on the above judgment, some investors have begun to bet that the Fed’s liquidity contraction cycle will shorten to 2023. The OIS forward curve and the Federal Fund futures curve also indicate that the market currently expects the Fed to cut interest rates twice in late 2023 and early 2024.

The above is undoubtedly good news for the crypto market: it means entering a bear market and recovering faster than expected. However, we still have to be prepared for market underperformance in the whole year.

On Friday, the US PCE price index data and the US January consumption data will be released one after another. Before that, the economic climate index of European countries will also be released. Considering that the interest rate hike in March has been confirmed, the PCE data and economic climate data will initially reflect the economy’s ability to withstand the early contraction of liquidity, which will also impact the performance of cryptos. In addition, the changes in the European situation and the monthly delivery further increase the downside risk of the market, which should be treated with caution.