Crypto is ripping a page out of Japan’s bullish market of the 1980s.

During that time Japan’s growth was so massive its land value was valued four times higher than all of the United States. The Japanese market as measured by the Nikkei index rose 1,520% from 1970 to 1990. And Tokyo’s Imperial Palace had a price tag higher than the entire state of California.

The land of the rising sun was in a full-blown asset mania for the entire decade.

To see what drove this growth in Japan and how it’s about to make its mark on crypto, continue on.

It comes down to a four-letter word. D-E-B-T.

That’s it… That’s the secret.

Growth in the Japanese market was fueled through unprecedented credit expansion. It got so sizable that new borrowers ran out of places to spend it, which resulted in speculative asset buying. This was the catalyst for the nation’s largest asset bubble.

Credit expansion in this case is just a fancy way of saying new money or debt. And is interchangeable for the most part. The new money is literally created by a bank extending a loan using collateral.

The Bank of Japan was the puppet master. And their method of control was window guidance. Window guidance was a mechanism where central banks guided the lending banks by passing down quotas. This ensured that the banks originated a certain amount of loans that in turn drove economic growth.

The other method used by the Bank of Japan was low rates. This gave borrowers more encouragement to take on more debt.

This type of encouraged borrowing and lower rate environment lasted until the turn of the decade, which is when credit creation came to a halt. Around this time the Bank of Japan raised its rates resulting in a cascade of bankruptcies and market selloffs.

The Bank of Japan signalled that the party was over. The hangover that ensued resulted in what’s now known as Japan’s lost decade.

There’s no saying what would have happened if the combination of window guidance and low rates were allowed to continue. But what’s clear is the forcible issuance of debt forced money into riskier assets. It’s why land values got out of control.

So why am I mentioning window guidance, interest rates, and debt… And the asset bubble that transpired as a result?

Because crypto just got a taste of what debt does to a market.

In Chinese “DAI” means to lend or to provide capital for a loan.

For crypto DAI is a debt backed stablecoin and is the rocket fuel to DeFi’s growth of late. The creation of DAI occurs when borrowers lock up their crypto collateral on the Maker Protocol in a vault called CDP (Collateral Debt Position). Once locked up, the protocol mints DAI.

It’s an act of money creation on the blockchain. And it’s this seemingly simple process that sparked the DeFi movement in June overnight.

For all of its existence, DAI never really seemed to take off. From 2019 to mid-2020 DAI in circulation ebb and flowed without growing much higher than the 123.88 million market on June 28. On this day the crypto market stood at $261 billion.

On June 29, Compound changed the crypto world forever. This marks the moment when crypto tore a page right out of Japan’s window guidance era.

Compound incentivized its users to deposit DAI on their platform as collateral for a loan. In exchange, Compound rewarded borrowers with its newly minted COMP token. Borrowers would then turn around and sell the token for a 70-100% on the debt. This was free money being stuffed into borrowers wallets. Encouraging even more borrowing.

To take part in this windfall yield, users had to mint DAI on Maker. At the time, ETH had a very attractive borrowing rate (called a stability fee) near 0% (still the case). Meaning the quasi-central bank of decentralized crypto was encouraging users to take on more and more debt.

And take out more debt they did.

The chart below shows DAI in circulation increasing by 633% in only three months.

The proverbial cat was not just out of the bag, it was on full display. The fact that debt was pushing markets higher was no longer a secret.

Over this three month period, the total crypto market cap expanded nearly 50% to over $382 billion dollars. Ethereum, the network where DAI resides on, rose by 115%.

This was window guidance and interest rates impact on the market – happening right after the market rebounded from Black Thursday in March. Keep in mind, in June most experts were calling crypto overbought. The funding rates on BTC perpetual contracts in late June were for the most part negative according to skew.com, showing us the market sentiment was bearish as well. This type of large move took most by surprise.

The only group not surprised were the ones driving the market…

On the DeFi end of things was Olaf Carlson-Wee from Polychain Capital who deserves a lot of credit for what he did. Olaf had a lot of influence in the creation of COMP as a way to bootstrap or attract liquidity.

Olaf and Polychain are also instrumental to Maker. So what we’re witnessing now is how protocols interacting with one another can be greater than the sum of its parts.

This powerful combination of protocols interacting with one another, debt creation, and low rates acted as rocket fuel for the market. And there’s reason to believe this is only the beginning.

The second group was Three Arrows Capital. In June the team went ahead and bought bitcoin in order to invest in Grayscale Bitcoin Trust (GBTC). It’s a price agnostic move that to date virtually guarantees a return in terms of bitcoin. 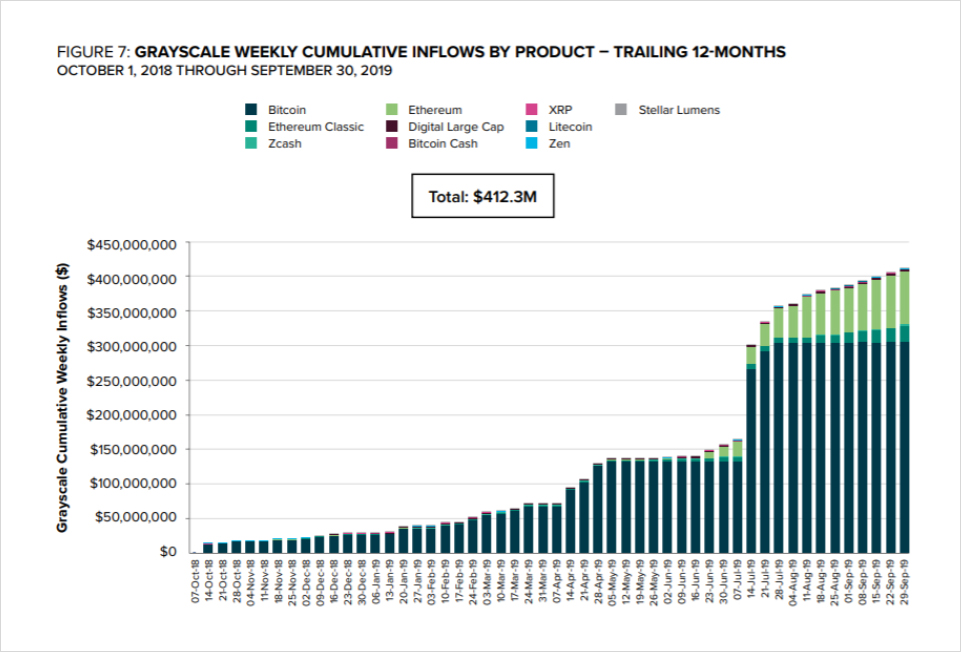 As George Soros said, “When I see a bubble forming, I rush in to buy, adding fuel to the fire”. As we see more debt creation take place on the blockchain, the market will move higher.

As we go to publishing DAI is 56 million short of hitting 1 billion in supply. The total market cap of crypto is just over $400 billion. DAI is merely a drop in the bucket.

In 2018 US institutional leveraged loans outstanding according to S&P Market Intelligence surpassed a trillion dollars. The U.S. mortgage industry is worth $11 trillion in terms of outstanding mortgages. And US national debt is $27 trillion.

DAI isn’t even at a billion.

Crypto will garner a larger slice of these various forms of debt over the coming years. After considering some of these totals, Nikkei’s 1,520% growth over two decades seems like a starting point more than a destination of where the crypto market will be.

When are the whales awake?