Although the further measures on liquidity tightening announced on the “Federal Reserve Week” once triggered a brief panic in the crypto market, on the whole, the range of price changes has shrunk significantly this week, and the crypto market is entering a dormant period.

The phenomenon of “dormancy” mainly occurred in the spot market. The performance of the derivatives market is still relatively stable, but the overall market expectations tend to be neutral with a little bearish.

The dormant period is expected to end around the FOMC meeting at the end of January. Before that, the movements of the European Central Bank and the US employment data in the new week should be concerned by investors, but their impact on the crypto market may be limited.

“The Fed Week”: From “Heartbeat Moment” to “Dormant Period”

Last week, several Fed governors made some more aggressive statements. They hoped to raise interest rates immediately after the end of bond purchases in March and considered an “almost simultaneous” reduction of the balance sheet. This remark triggered further shocks in the crypto market: the prices of mainstream cryptos represented by BTC and ETH once “flash crashed” to below the $40k and $3k thresholds, setting a record low since October last year.
However, after Fed Chairman Powell stepped in to reassure the market, prices recovered to pre-flash crash levels, but that’s all.

Compared with last week, the trading volume of crypto spots has further shrunk. Spot transaction data from TokenInsight shows that this week’s “flash crash” did not even push the spot trading volume to more than $50b, and this Sunday’s trading volume fell by more than a third compared to last Sunday. This Sunday is also the lowest moment of daily trading volume in the past three months.

For the derivatives market, although the trading volume did not change much, because of the inactivity of the spots market, it was difficult for investors to predict the recent market situation. As a result, the perpetual contract market and the options market become neutral significantly.

• The implied volatility curve of mainstream cryptos fell to the lowest level in the past 6 months, gradually approaching realized volatility. 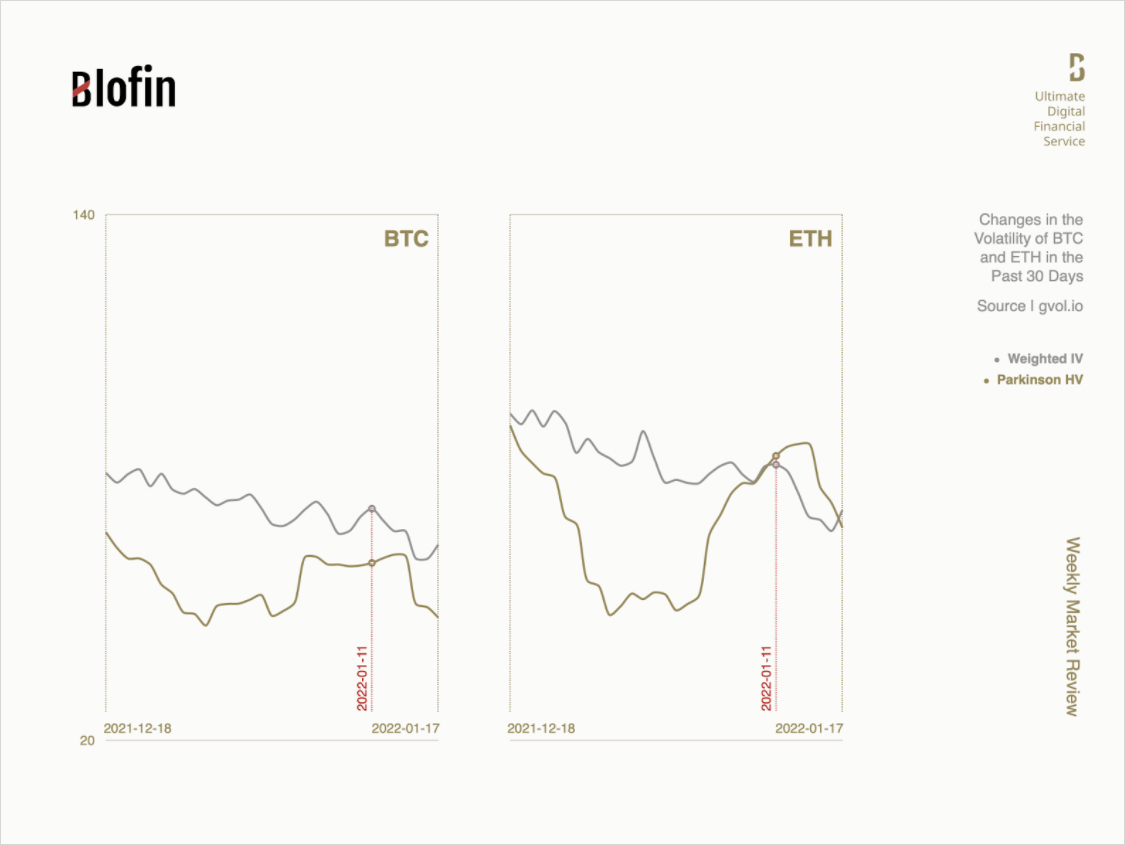 • Due to investors turning to construct long vega and long gamma portfolios under low volatility, the skew of mainstream cryptos’ options, although still negative, continues to move closer to the 0. Too low implied volatility makes selling options an unsuitable business. 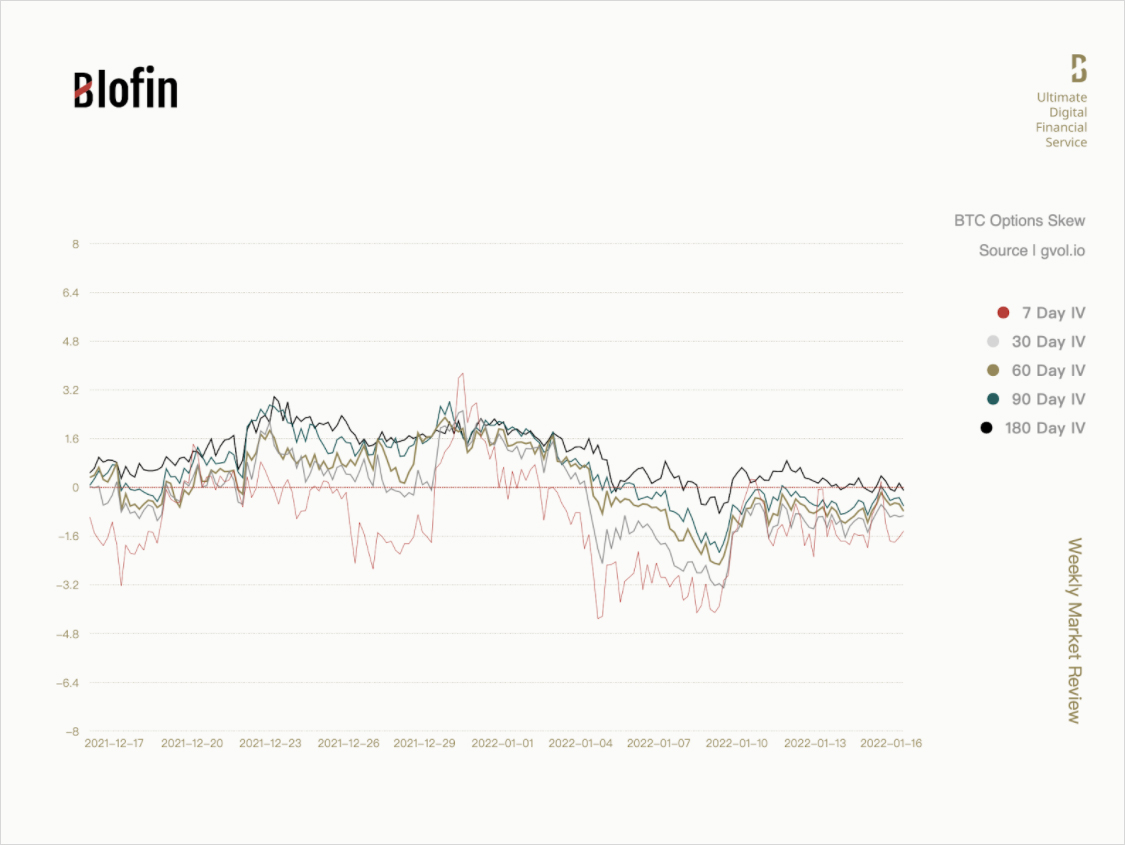 • Although BTC and ETH futures still have a relatively healthy premium, compared with last week, the change in the premium is almost zero, which is too stable to believe.

Awakening: Most Likely Soon, but Not Now

At present, the large-scale adjustment will not happen within a week. The main policy expectations released by the Fed at present (including raising interest rates, shrinking the balance sheet, etc.) have been priced in by the market, but the specific details cannot be got until the FOMC meeting on Jan 27. At a time when the policy direction is unclear, “moderately bearish” and “wait and see” attitudes will remain the mainstream.

Before this, the Bank of Japan will announce its interest rate decision ahead of the Federal Reserve, while the European Central Bank will also release the minutes of its December monetary policy meeting. Considering the consistent dovish attitude of the European Central Bank, its decision may have relatively little impact on the shorts in the crypto market, but it is also difficult to reverse the current decline.

Therefore, in the absence of a new strong policy information stimulus, the “dormancy period” of the crypto market may continue for a while. However, considering that the liquidity contraction is already the general trend, the current state of low price volatility will not last long.

It is worth noting that according to CryptoQuant data, although the crypto market is still dormant, the estimated leverage ratio is still rising. This means that once market sentiment is significantly impacted, investors need to be fully prepared for larger volatility.

There are still about 10 days before the new Fed meeting. The downtrend in volatility will remain in place in the short term. However, the recent volatility is now significantly below average, which is usually unsustainable. For spots and futures traders, a hedging strategy may be a better choice at present. For options traders, the non-directional strategies with certain costs are worthy of consideration.