Weekly Market Review From Blofin: Recession Has Arrived; When Recovery?

Affected by the continuous and substantial interest rate hikes by central banks around the world, the risk of the global economy entering a recession has increased significantly, and the uncertainty of the Fed’s future liquidity contraction has further magnified the overall risk in the capital market.

In September, central banks will gradually enter the retrospective and audit period for existing policies. Under the threat of recession, central banks led by the Federal Reserve may progressively reduce the extent of liquidity contraction. But for the crypto market, the only certainty is that the volatility in August will be relatively low, and the central bank’s attitude is the key to whether the crypto market recovery is coming.

Entering the interest rate hike week, the rate hike by the Fed in July and subsequent liquidity policies have become the focus of the game in the crypto market and even the entire risk asset market. Under the circumstance that both the Bank of Canada and the European Central Bank raised interest rates more than expected. However, the Federal Reserve announced that it would not raise interest rates by more than 75 basis points. Investors also had some expectations of a rate hike of 100 bps, which have been traded in the derivatives market.

Under the threat of a recession, however, the Fed appears to be compromising on a host of risks that could come with a sharp rate hike. The 75 bps rate hike did not exceed expectations, and Fed Chairman Powell’s post-meeting statement on “slowing rate hikes” was interpreted by investors as a dovish signal. For the retail investors of crypto investors and Nasdaq, liquidity seems to be coming back: the Fed must release liquidity to stimulate the economy in the face of a recession. As a result, investors started buying low, pushing the crypto market’s market cap back above $1.1 trillion.

The buying surge at the end of July was somewhat unexpected by the derivatives market. In the futures and perpetual contracts market, the buying wave in the third week of July and the Fed’s appeasement in the face of inflation brought benefits, which kept the weekly liquidation scale of futures and perpetual contract shorts at $700 million for two consecutive weeks. In the options market, the continuous price increase has significantly pushed up short-term volatility, similar to the situation at the beginning of 2021, and the constant “jitter” of the vol surface has made volatility traders somewhat at a loss. They can only control risk through regular hedging. 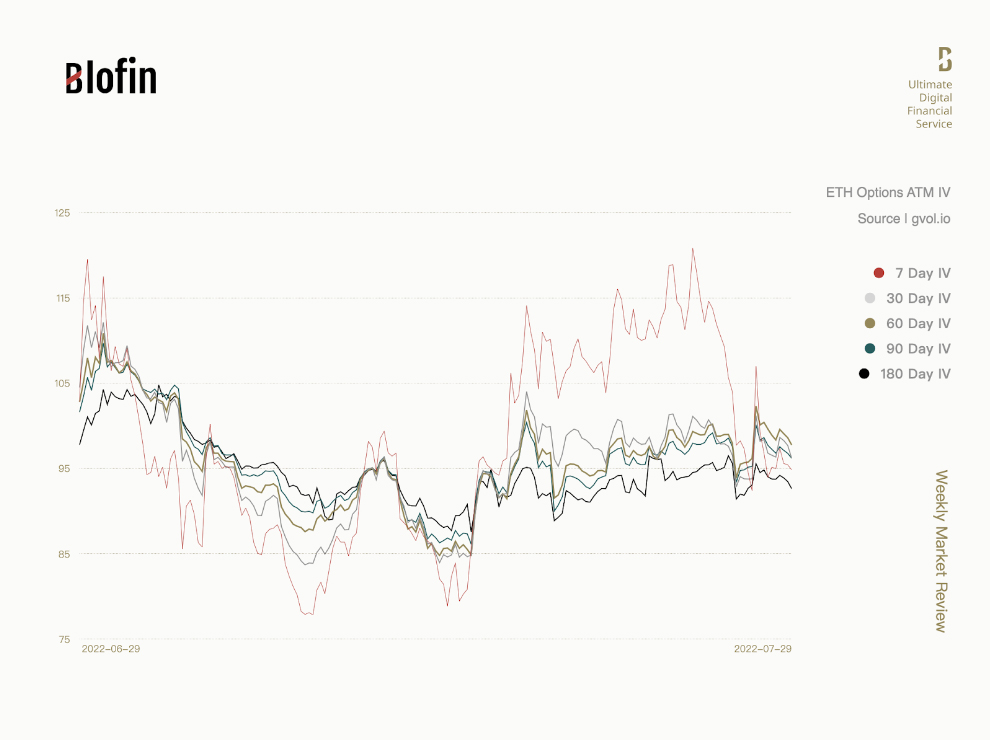 It is worth noting that due to the continuous pull-off, investors’ continued bearish attitude has quietly changed. Although the premium level for far-month futures is relatively low, it has risen significantly compared to June. Option skewness reveals some more clear signals: as the spot prices of BTC and ETH continue to rise, after half a year, the skewness of the options market is gradually returning to neutrality, especially on ETH, which is often seen as a signal of market recovery. Compared with ETH options, although the skewness of BTC options has not returned to positive, it is also rising, which shows optimism in the market. 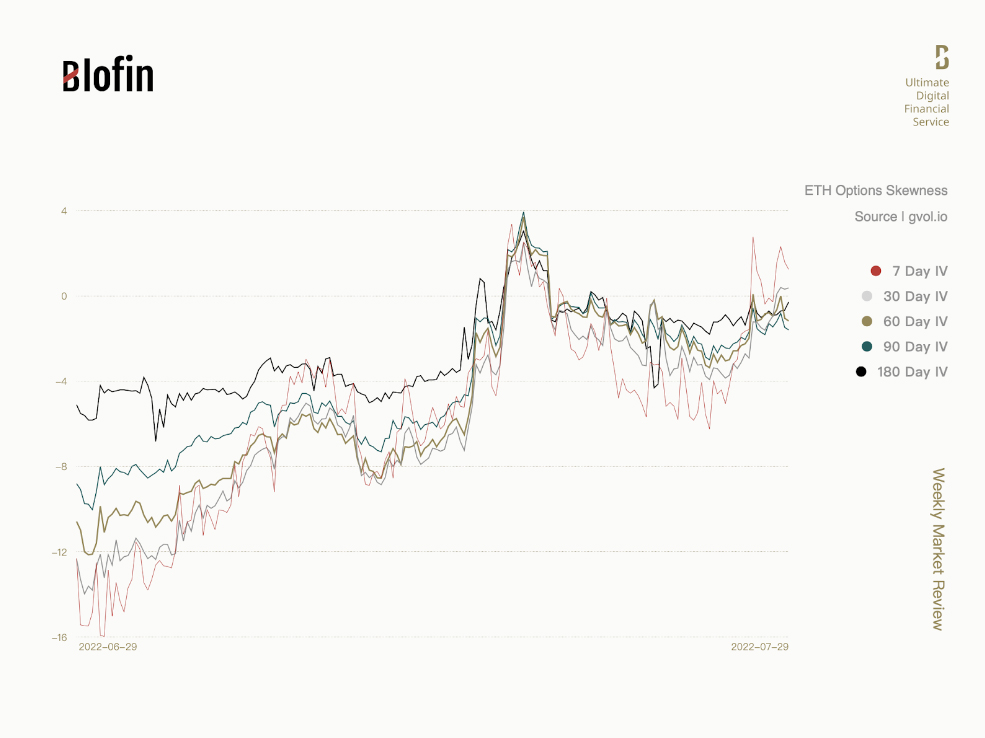 It has to say that even the most determined bears have begun to doubt their judgment in the face of the recent rebound in the crypto market. Is the bear market ended? Judging by the performance of the spot and derivatives markets, it appears to be the case; however, judging from the economic data, it does not.

The contraction of U.S. GDP in the second quarter seems to have confirmed an economic recession. Generally speaking, GDP continues contraction in 2 quarters means that the economy cannot bear enough pressure, and any aggressive monetary and fiscal policies may have unforeseen consequences. The above is also one of the important reasons why the price of crypto assets rose instead of falling after the GDP data was released – investors are betting on the “capitulation” of the Fed, as in 2018. 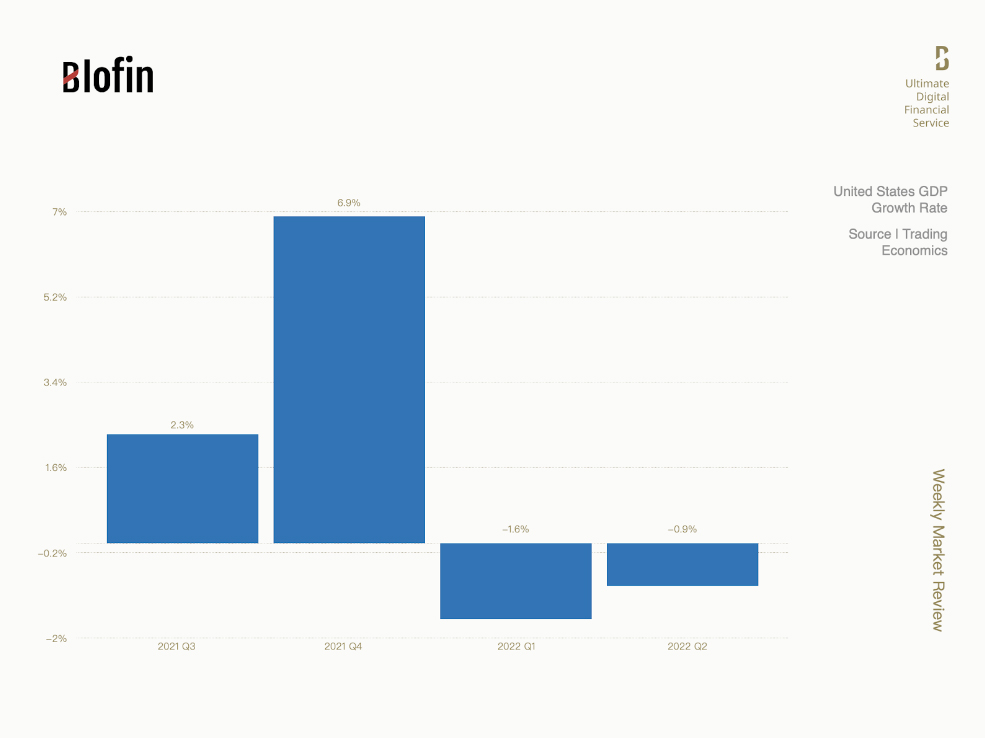 Changes in the Treasury yield curve further confirmed market concerns about recession risks. Short-term bonds have been sold off, yields have risen rapidly, and even the yields on the half-year treasury bond have been significantly higher than the yields on the 10-year treasury bond. In the OIS market, the Fed’s rate hike range before the end of 2022 has been locked at 107 bps by rate derivatives traders, while some optimistic investors have even begun to expect interest rate cuts to start early next year and have begun to make corresponding arrangements. 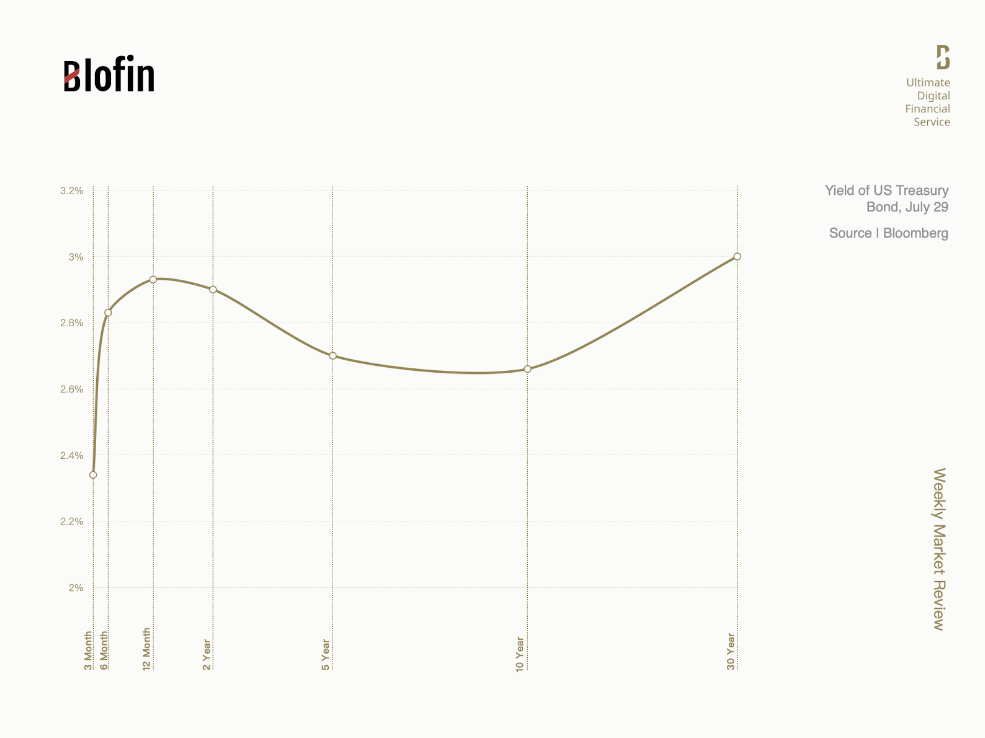 Investors seem to be overly optimistic. In the communique of the Fed meeting in July, the Fed has made it clear that it is highly concerned about inflation risks. Powell also acknowledged that the chances of a soft landing for the economy had narrowed significantly. A recession is not unacceptable, given that the Fed has received assurances from the Biden administration that it can fully combat inflation. The liquidity crunch situation will not be changed by the Fed reducing the rate of interest rate hikes.

Several former US treasury ministers and former Fed chairmen have said that the Fed has fallen significantly behind inflation. The Fed was pinning its hopes on a decline in core inflation, but PCE data for June showed that it did not. As ZeroHedge said, the outcome of the Fed’s July meeting can be summed up in one word, “stagflation.” 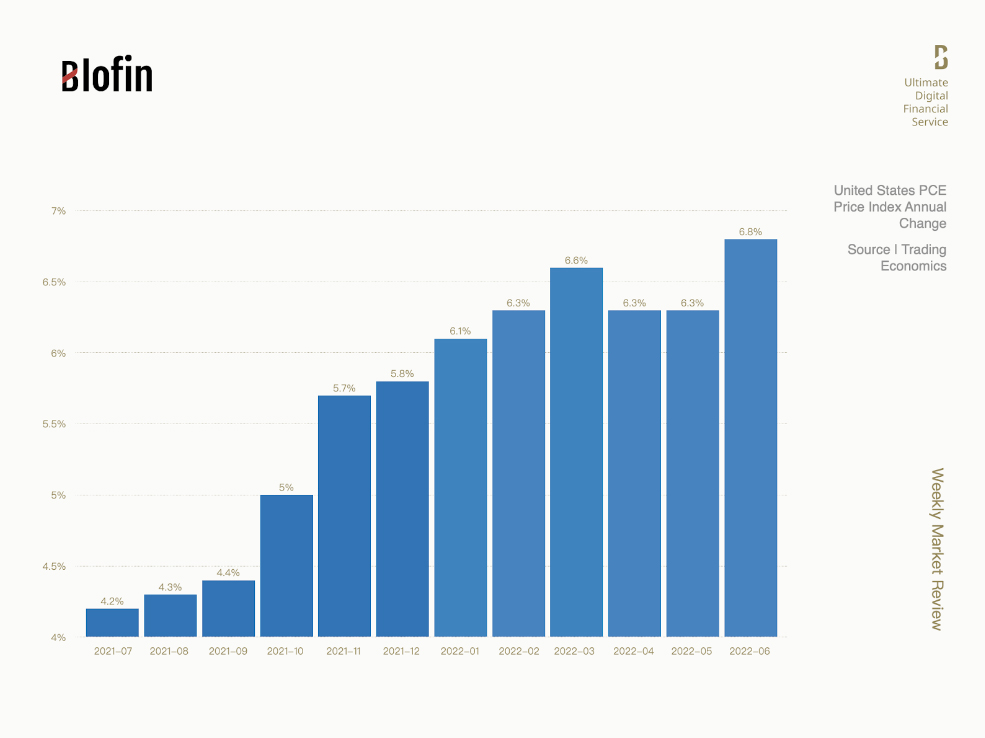 The performance of the dollar is another factor to focus on. Crypto assets are closely related to the US dollar: when the US dollar rises, the value of encrypted assets is relatively depreciated, and the price performs poorly; when the US dollar falls, the opposite is true. The strong dollar cycle that started in the middle of last year is not over; as the Fed shrinks its balance sheet and raises interest rates, the dollar in the market is still decreasing. As a result, the dollar’s upward trend has not diminished or ended; the dollar remains near new highs not seen since 2000. 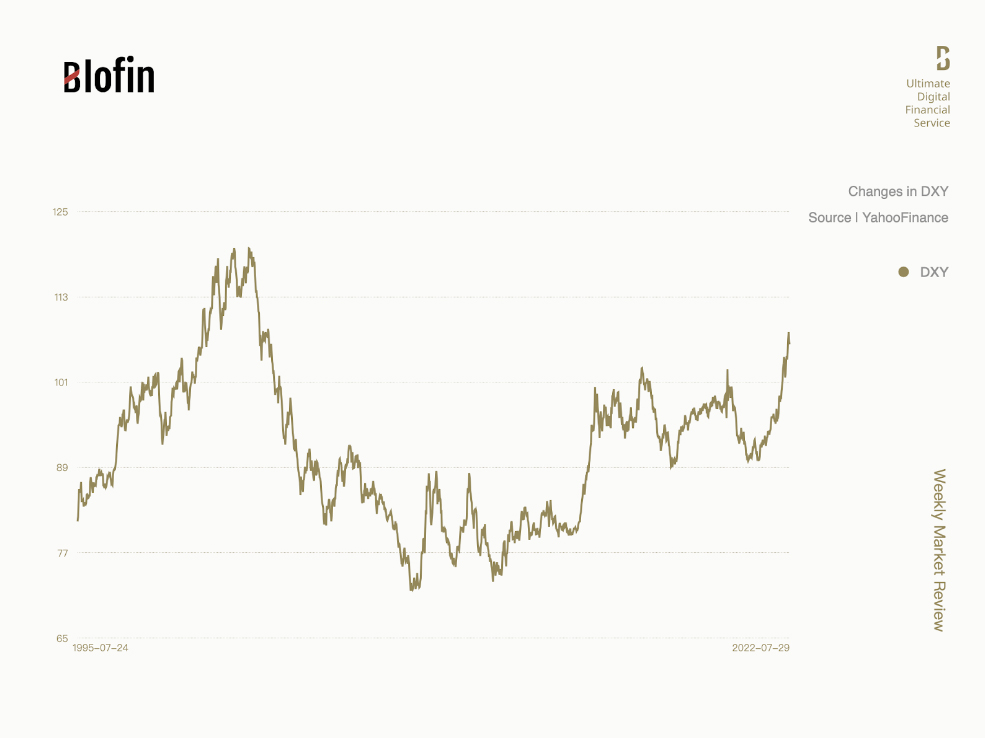 The pressure on the crypto market has not diminished, but investors’ optimistic expectations have temporarily masked this pressure. With the overall poor performance of economic data, the possibility of the Fed choosing between inflation and recession is becoming more and more likely, and the final choice of the Fed seems to be no suspense. For the crypto market, this means continued pressure and sluggish performance. For investors, the lack of events in August is a good time to sell volatility, but it is not yet a time to discuss market recovery and the return of the bull market.

Professional crypto market analysis & insights. To learn more about Blofin Academy visit their Twitter or go directly to their website.