2) Implied vol barely picked up, inferring as stated before that Funds own protection vs Long BTC and no need to panic; as opposed to the $1bn delta1 liquidations in yesterday’s selloff.
Also, the IV downtrend signalling expectations of range, even with some large intraday moves. 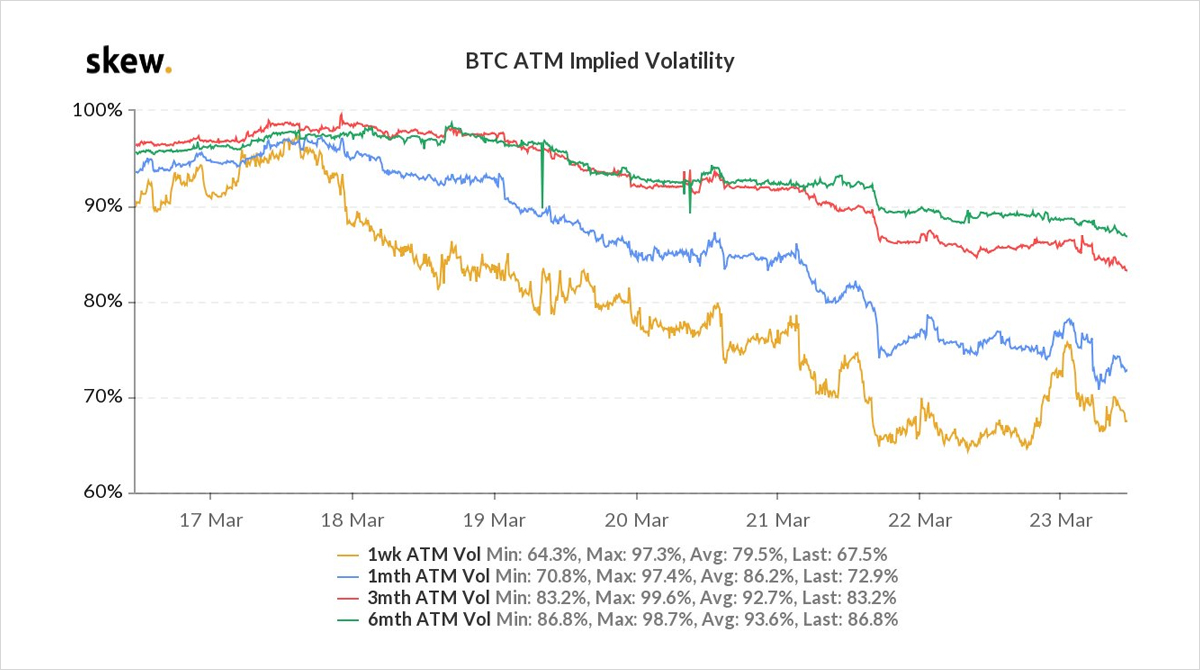 3) That said, there has been a noticeable move higher in Put:Call skew, which also occurred last time 50k came into view on the immediate downside.
Have seen smaller clips in <50k Puts; but this skew move also reflects Call 2-way flow of late, rather than persistent Call buying. 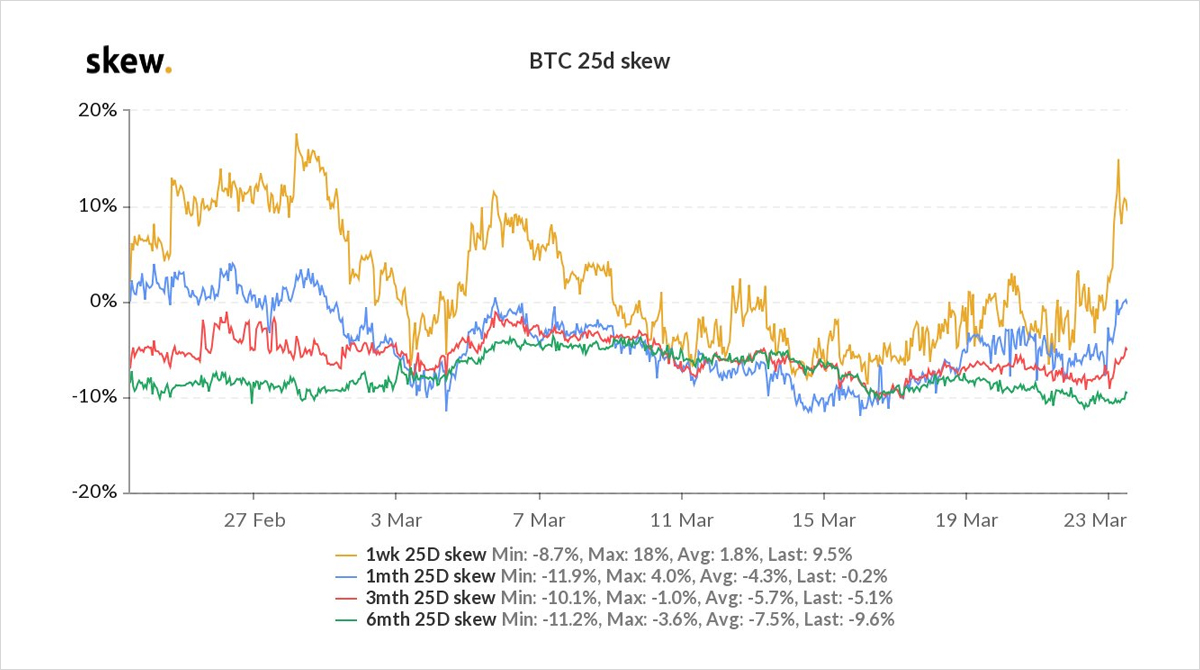 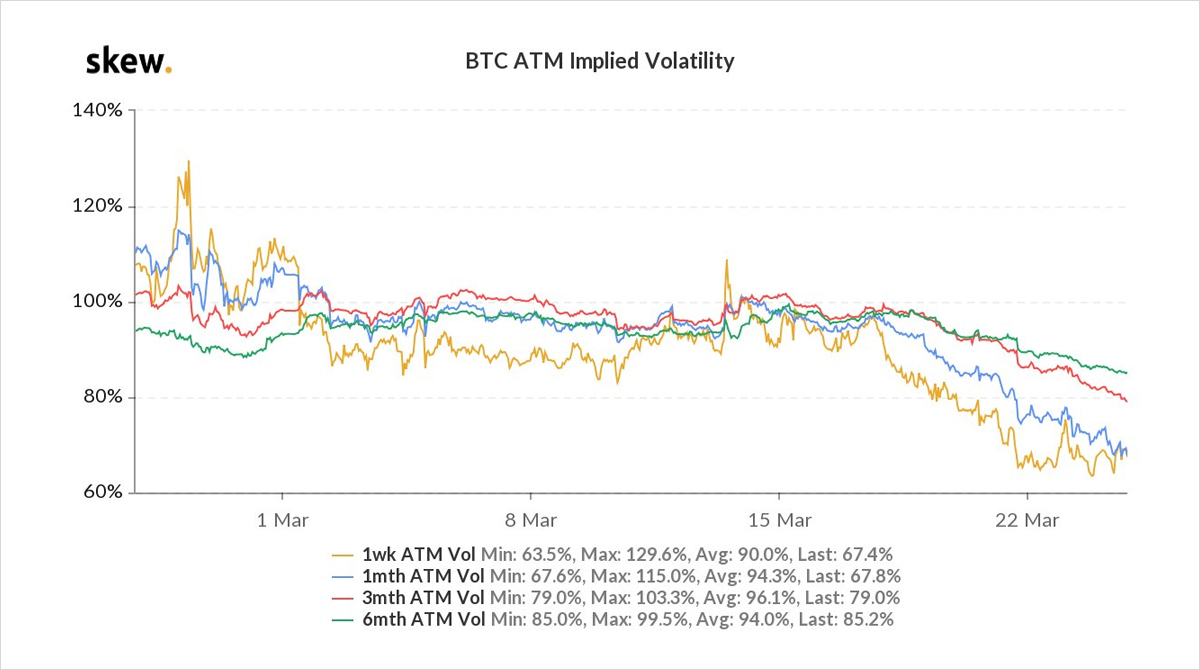 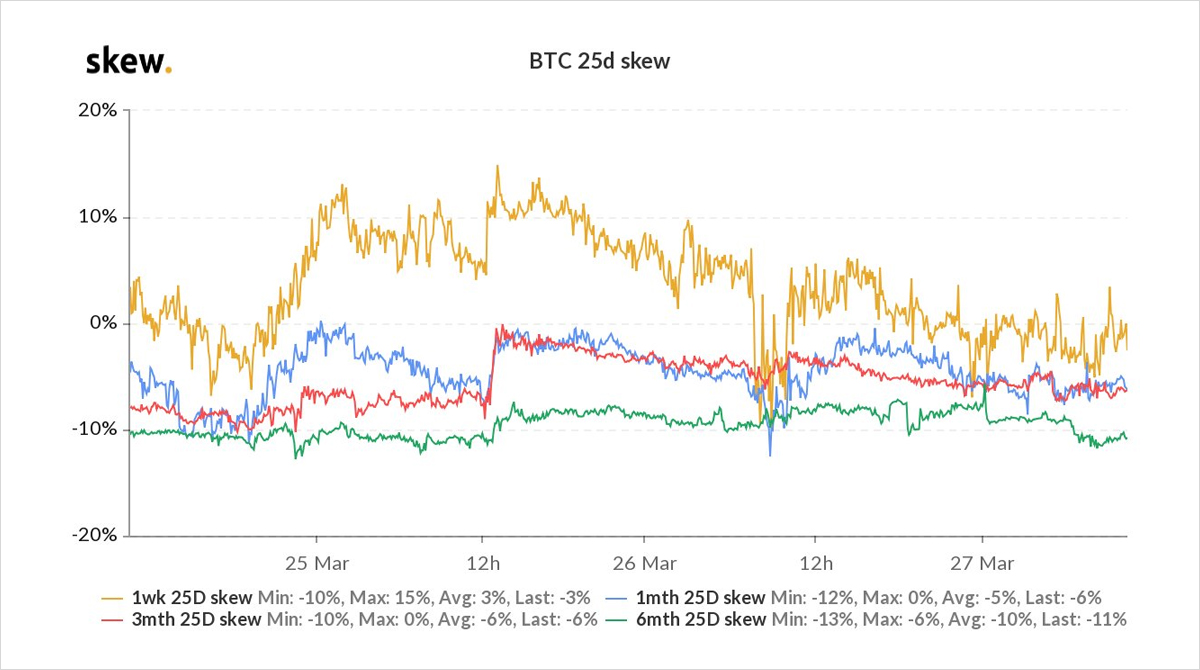 Observed buyers of Apr 56-62k strikes for a rally, but sellers of 65k+ doubting the magnitude and/or selling covered Calls for yield. 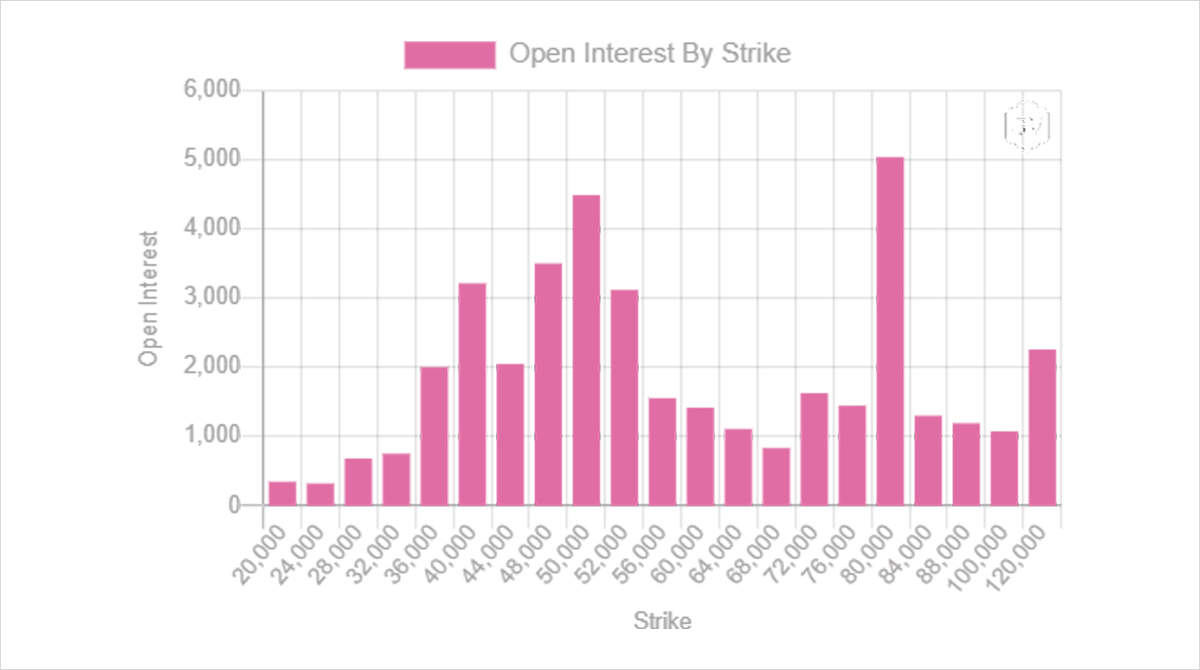 BTC to 55k has pushed us back into the comfort zone.