In this week’s edition of Option Flows, Tony Stewart is commenting on light volumes and the waiting CPI.

2) Buying Risk-reversals (buying Put, funded by Call) has been a theme, with Put Skew having weakened, the opportunity came to add downside protection.

Put Skew firming up as a consequence. 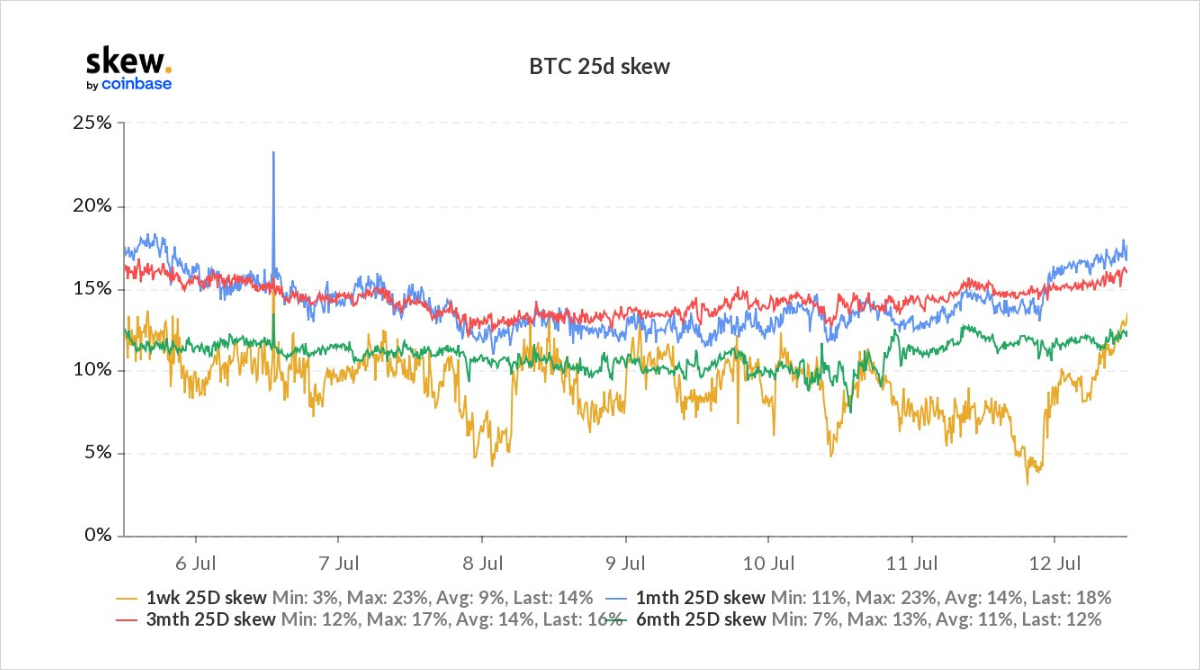 IV firming up as a consequence. 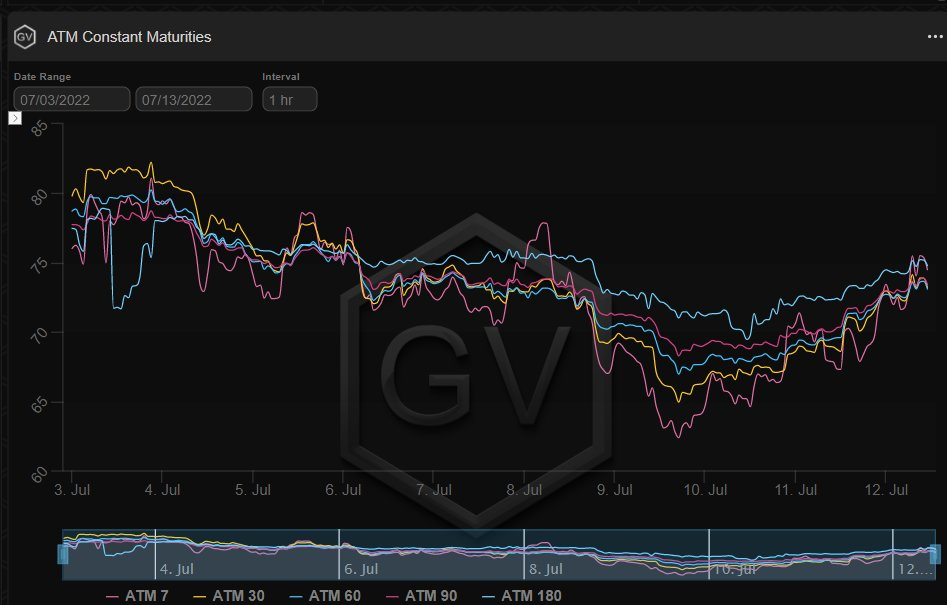 4) Global risk markets now looking towards the US CPI numbers, plus FED speakers to inform and suggest future severity of rate moves.
Also, very much in the foreground, now concerns over FX intervention as currencies test international policy.
Contango to flat as gamma in demand. 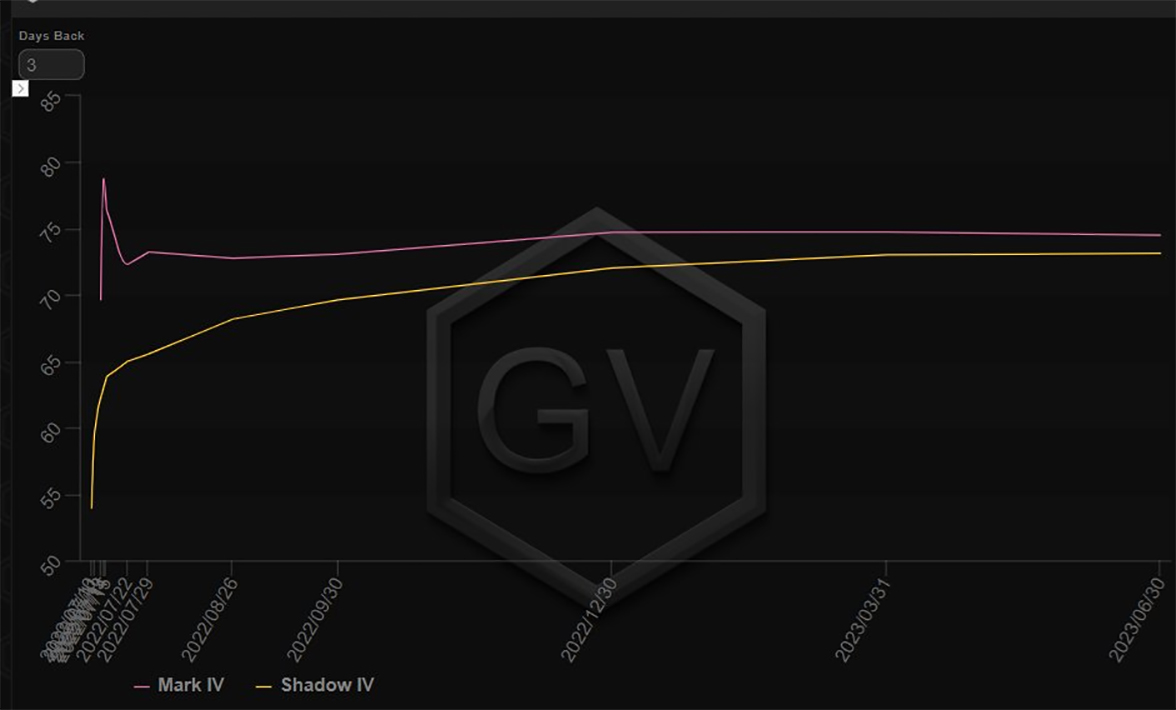 2) Prior to CPI, the term structure was in backwardation, as demand for Gamma from the Straddle, plus Jul15-22k Options (Skewed more to Calls) lifted the near-dates.
Holder of Jul29 18k Puts took advantage, rolling to Aug 15k Put.
Note Aug 15k Put also aggressively bought on CME. 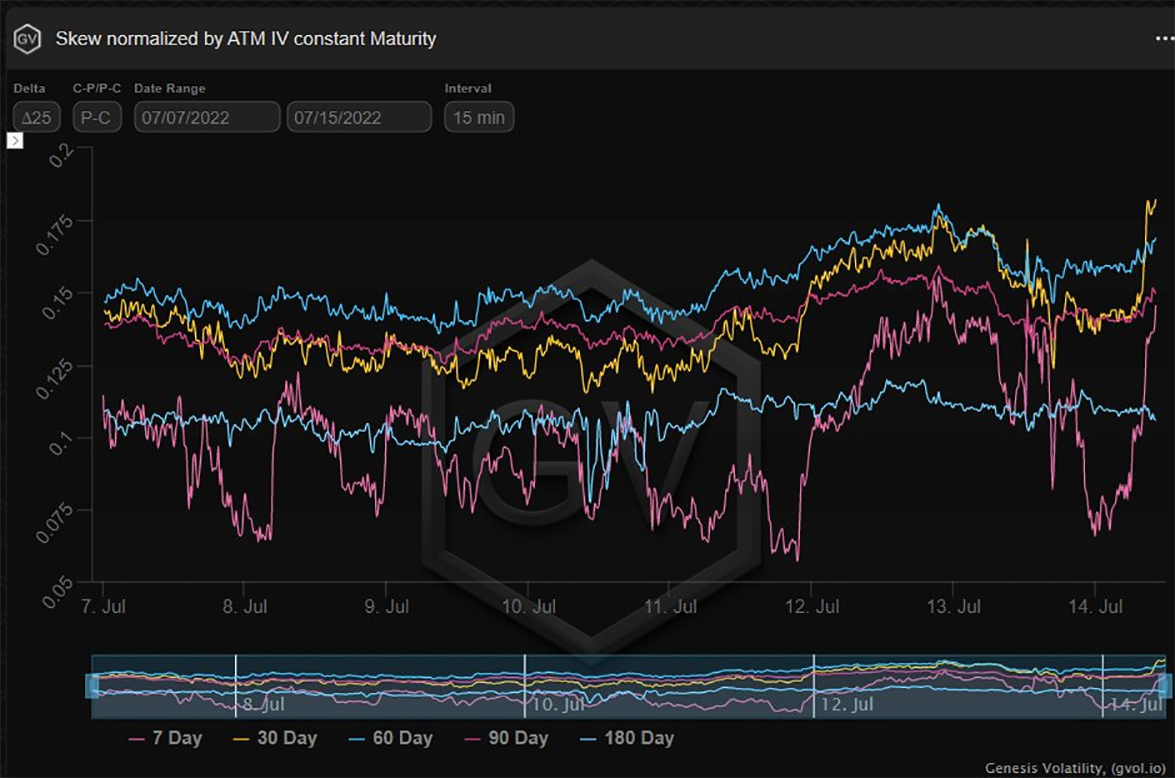 3) The sale of Jul29 18k Put and additional unwinds of Gamma, immediately hit the front end, often the scenario after an awaited event.
But with BTC falling <19k, then rallying to 20.4k, there is an underlying bid for Gamma in Jul29-Aug maturities.
Term-structure returns to flat. 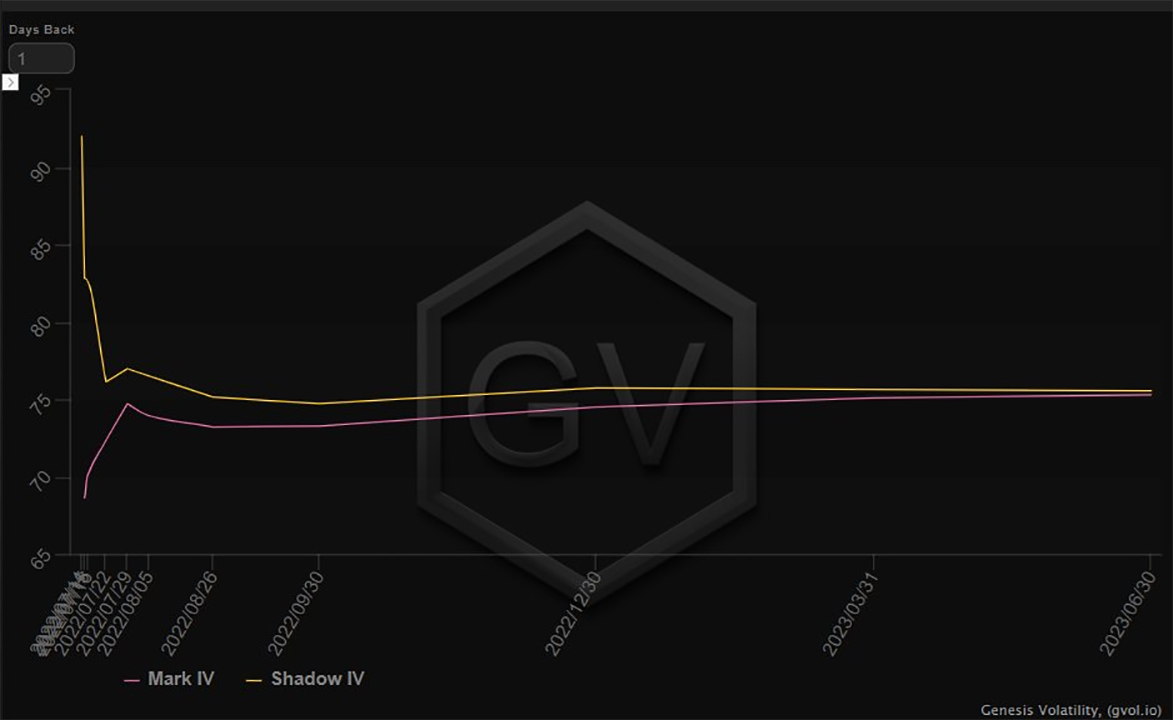 4) IVs drifted lower from the pre-CPI bid and currently sit mid-range over the last week. 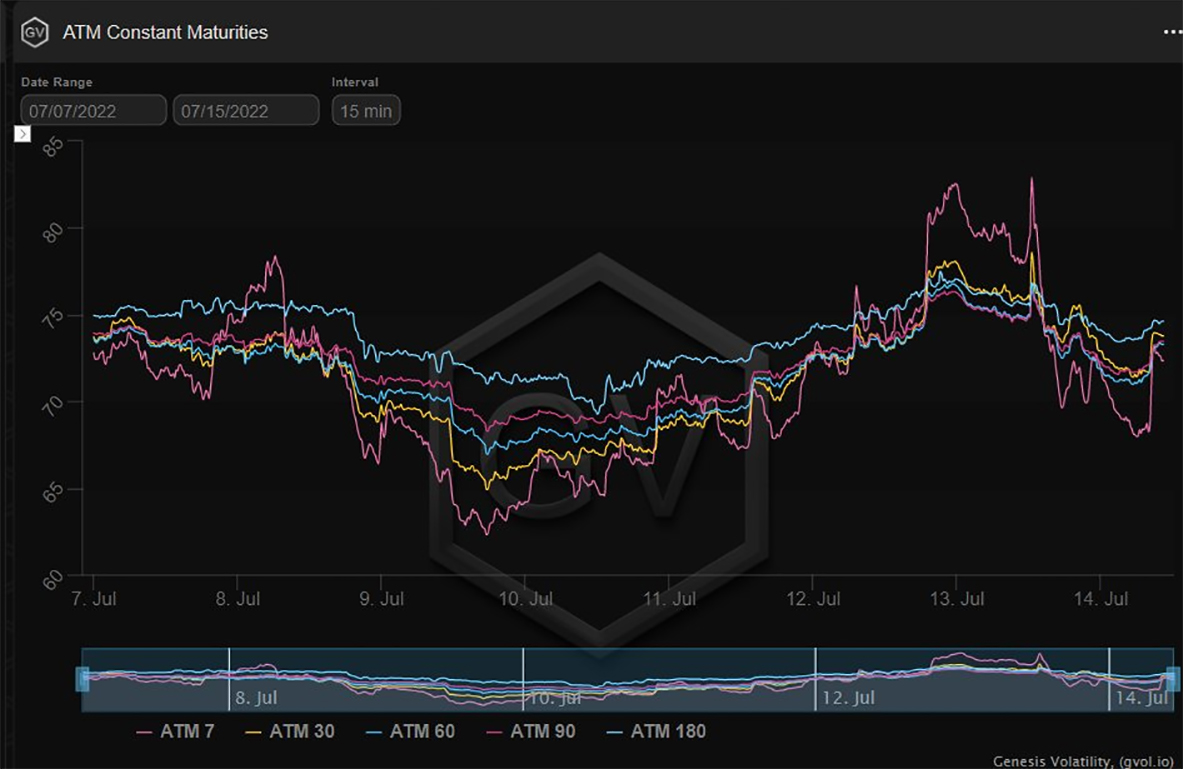 Those that read these threads a year ago, will recall the Friday Ape, a buyer of Calls (+Spot), timed well; initially much success on BTC.
Similarities with this Friday’s buyer of ETH July 1.3-1.5k Calls x35k with ETH trading from $1210-1265, before the wknd rally up to $1375.

2) While the premium spent was <$1m only, because the Options were so short term and therefore low cost, the Call buying still had an impact on Skew, forcing Calls higher, but still at a small -ve to the same delta Put.

Nonetheless, a major sentiment change from a few weeks ago. 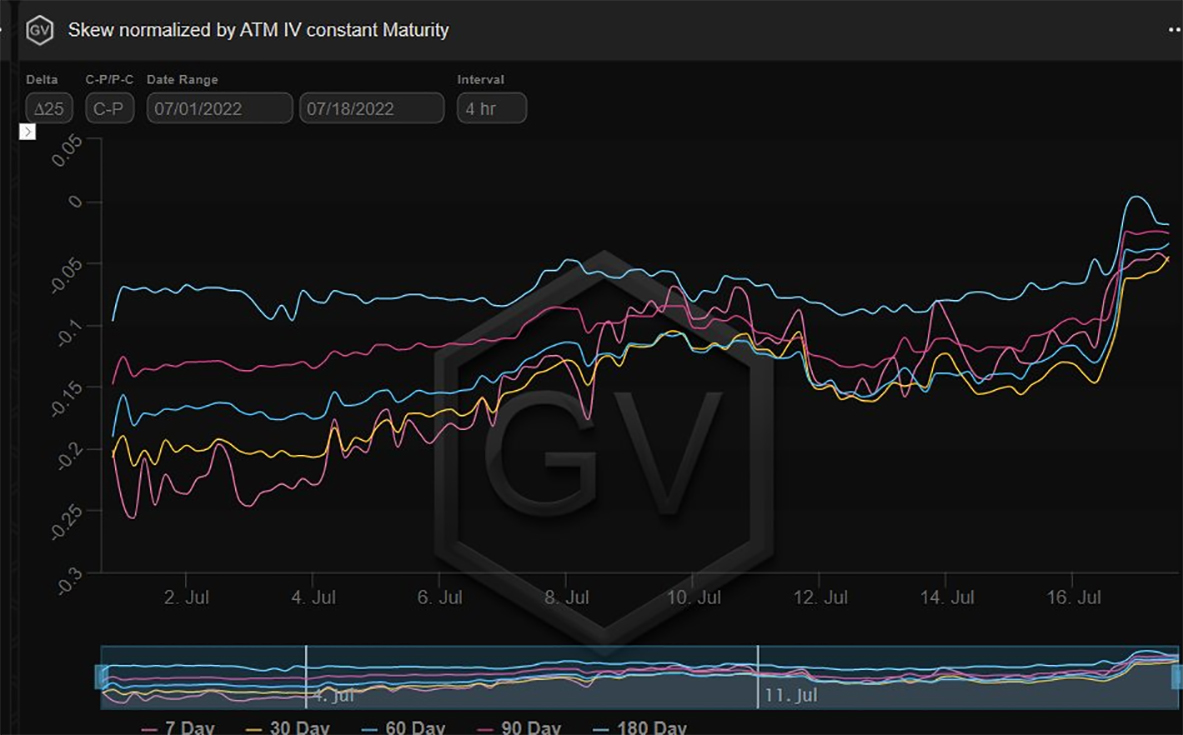 3) The interesting debate is the Delta and Gamma impact, if any, that the Call buying had on Spot.

During the Call buying, IV moved a few vols higher, but was well absorbed. 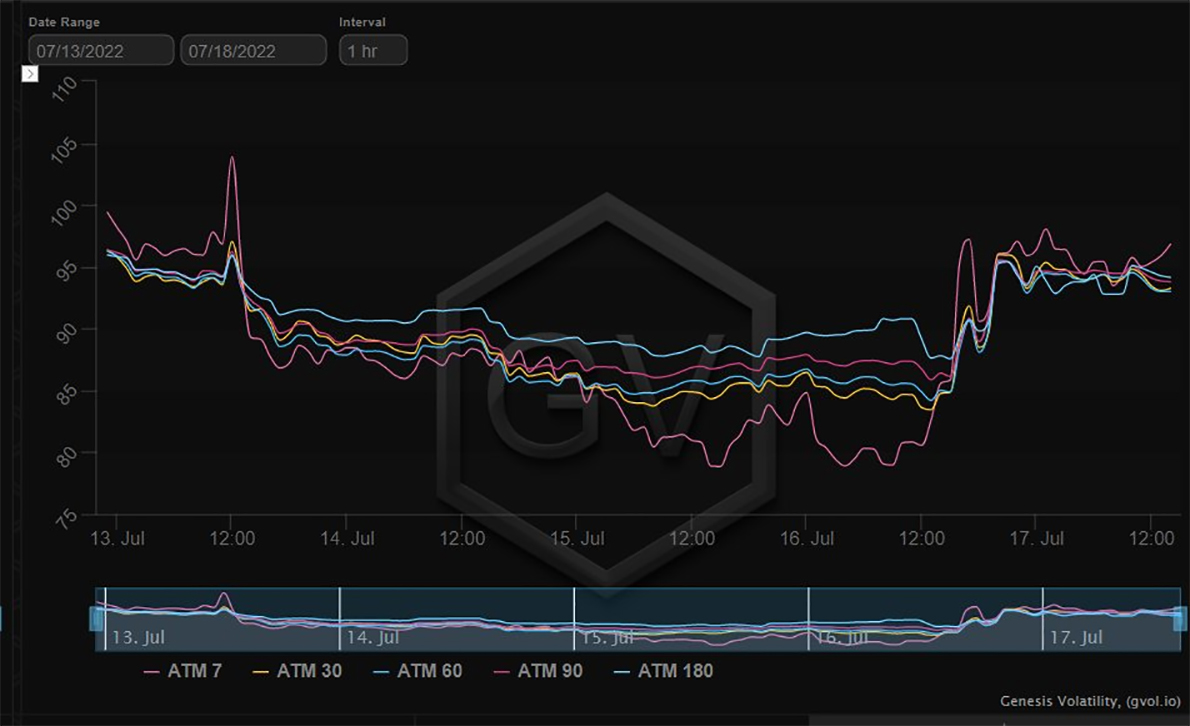 In a vacuum, the 35k+ Call buying would have Gamma effects >$1250, but still limited depending on the degree of dynamic hedging.

5) But dampened impact on IV rise from the Call buying suggested Supply was willing+plentiful (and Gamma too) – evidence of market positioning and the bigger picture.

We know ~25k of 1week DOV Calls were sold, +Puts; and we know this flow is only part of Expiry day selling flow.

6) We also must take into account moves away from MM short-Puts (recall the previously Steep Put Skew) and therefore rally away from short-Gamma, perhaps into upside longs.
Also, DOVs don’t -ve gamma scalp, MM longs do. 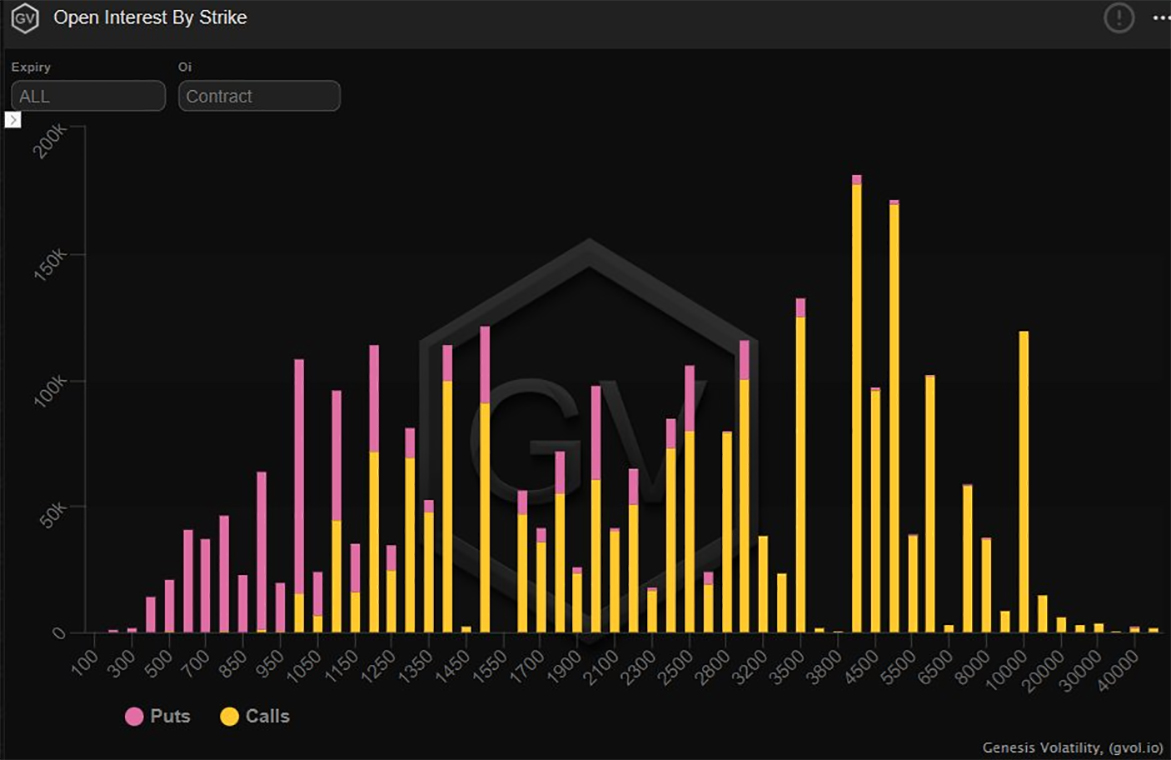 7) However, what was noticeable was the volatility outperformance of ETH relative to BTC in both directions, suggesting some Gamma impact and/or illiquid weekend Spot market.

8) A much quieter weekend Options market evidenced unwillingness to sell more Gamma into some short-covering demand.

Interestingly, not just the near-date squeezed but further dated maturities too. 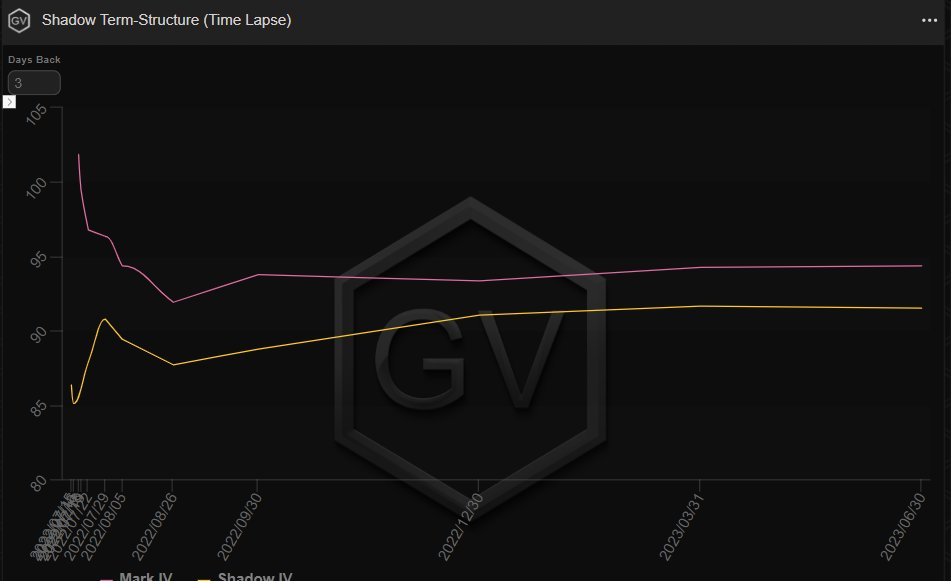