In this week’s edition of Option Flows, Tony Stewart is commenting on Sep Calls, CPI, and the Ethereum Merge.

ETH seems stuck, in a waiting game with none of the hopium run-up rally. ETH Option plays benign.

2) Fund has accumulated 60% of position expiring by Sep16, the majority covering the 22-24k Strikes.
Fund has been open that CPI print is a key driver. Merge-related dynamics are also a kicker.

This bucket adds up to $700k daily Theta, so committed bet. 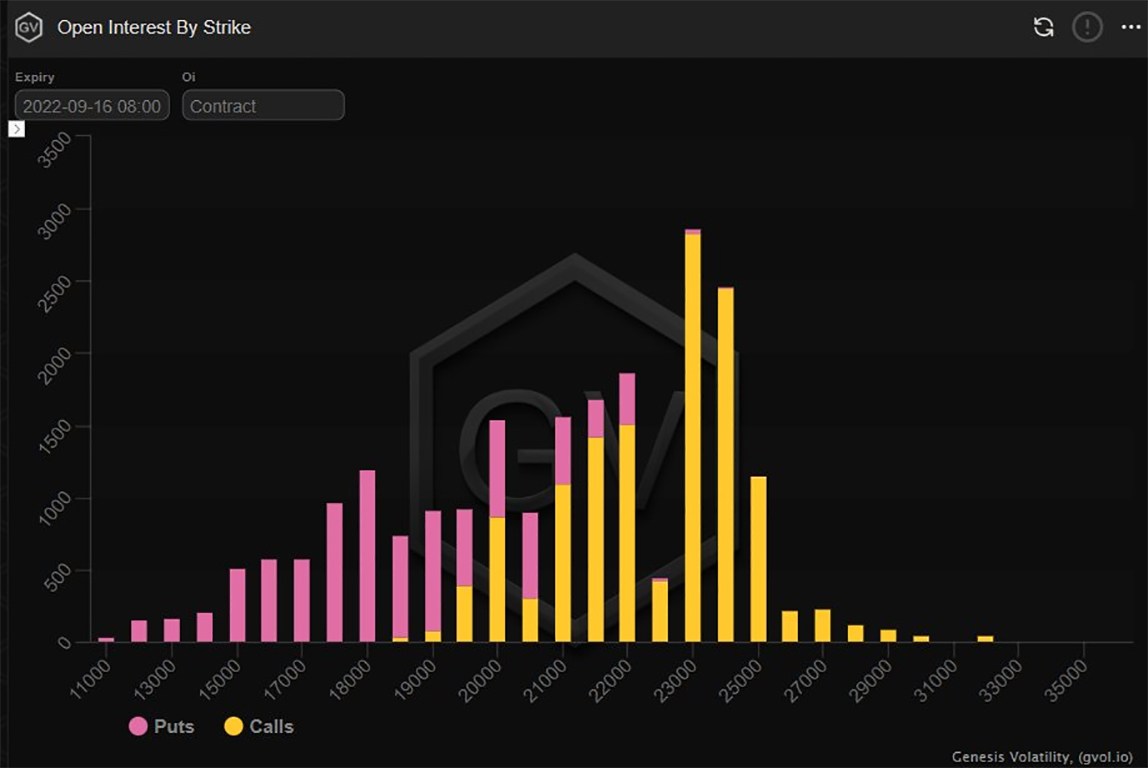 3) Sep23 positions focussed around the 23-24k Calls, Sep30 positions 25+26+28k Calls, both maturities doubling up yesterday, netting 3k BTC notional, with the most recent addition Oct 28k+ upside x500.
These positions, having longer tenor and being OTM have $100k Theta. 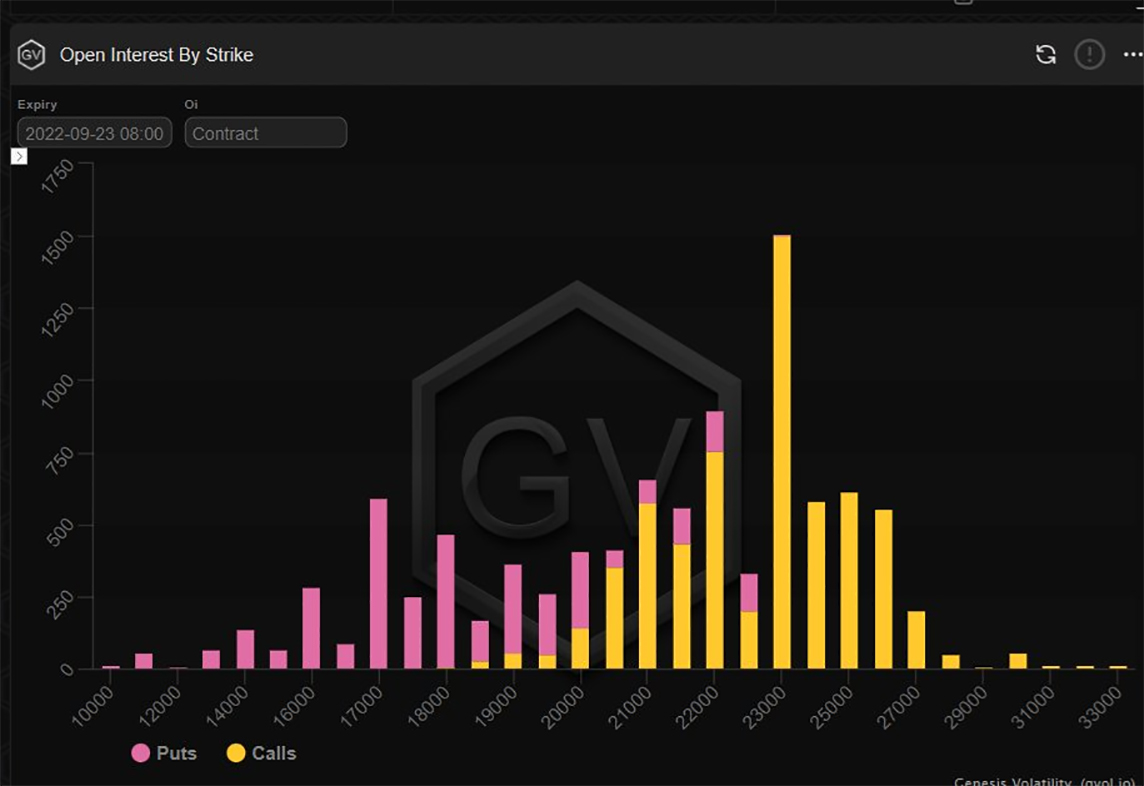 4) The Sep30 24k Calls have been an interest for another large player in the market – Friday’s buyer has added, others have been covering that Strike as nerves hit from the primary Fund Call accumulation.

The net Delta of this Call buying >3.5k BTC which has supported BTC rally. 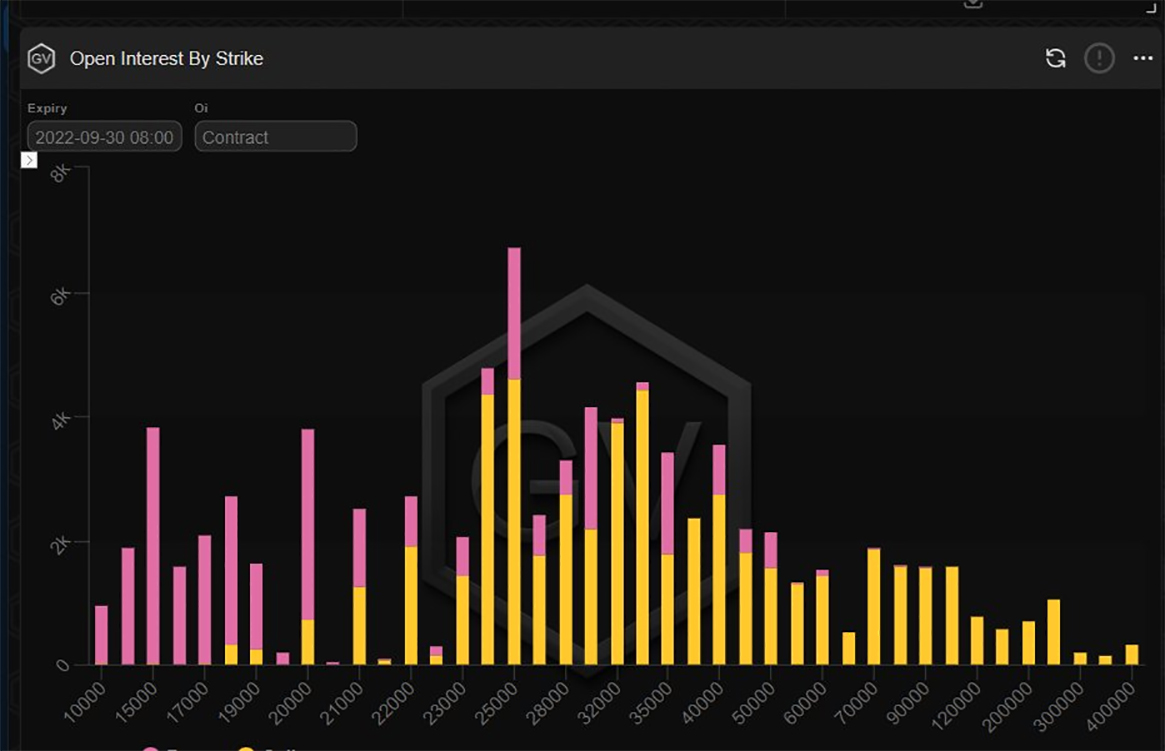 5) The short-dated buying has pushed and squeezed IV higher, with now Oct+ maturities starting to follow.

Call Skew is now +ve at the front end. 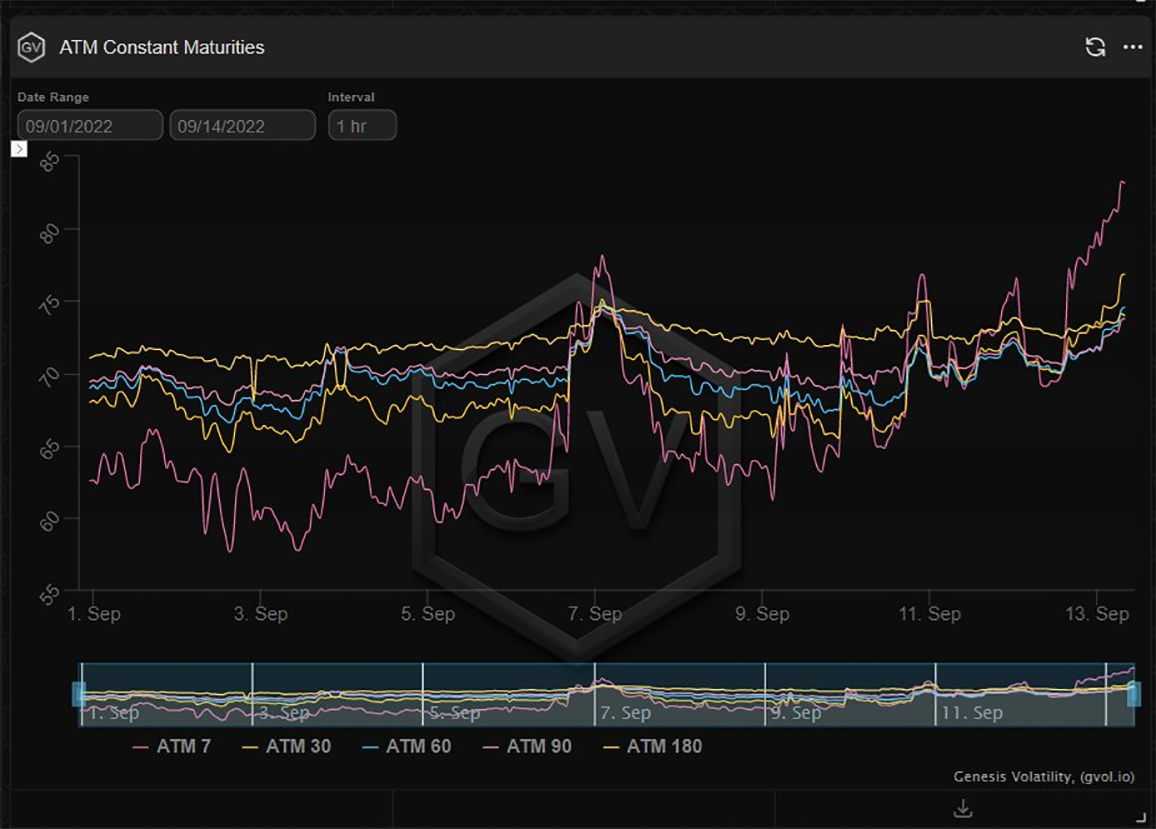 6) Despite a lack of Spot movement in ETH, RV at a heavy discount and no material ETH Option flow buying, ETH IV remains stubbornly firm.
In this case, with an unprecedented event – The Merge, and CPI too, it is more a factor of MM+LPs not wanting to be short vol, so IV squeezes. 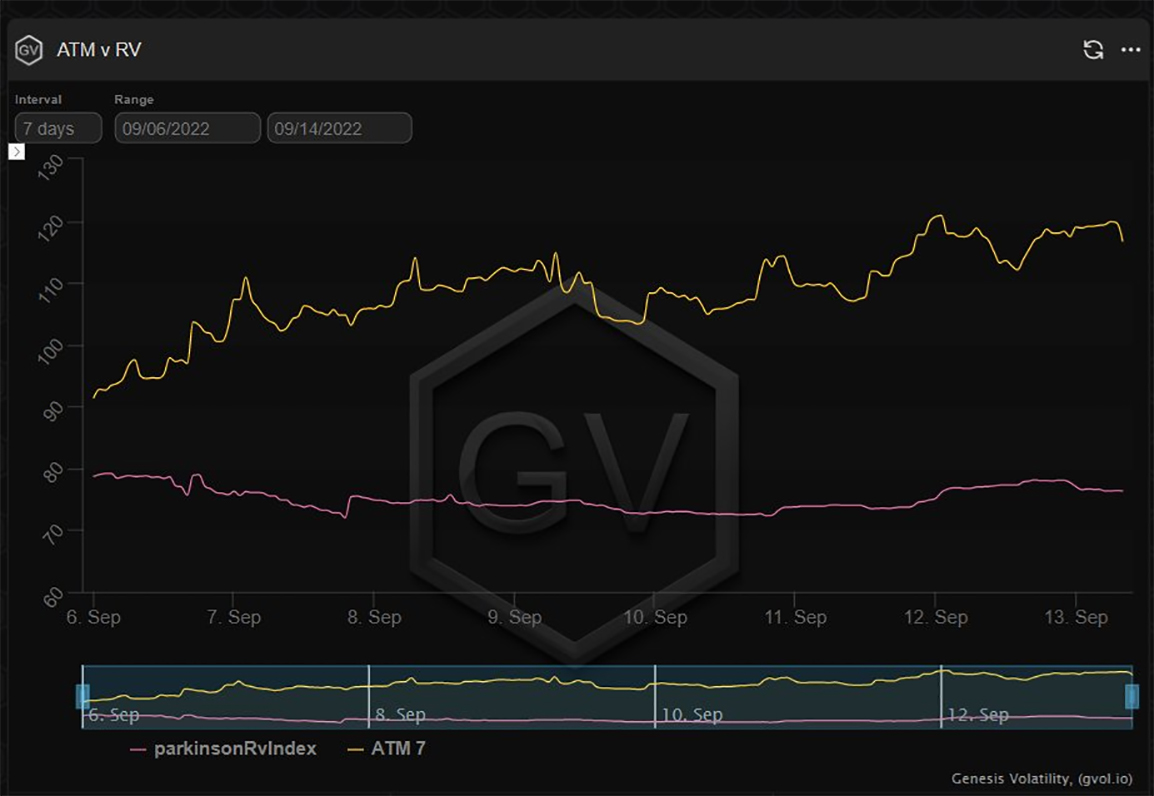 7) With recent buying of BTC Jun OTM Vega and little natural supply, there have been a few attempts to take advantage of the high near-dated vols and buy Calendar spreads, eg Jun-Sep, Dec-Oct; this morning a Dec28k-Sep24k Call spread was bought; a sale x500 Jun20-16ps snapped up. 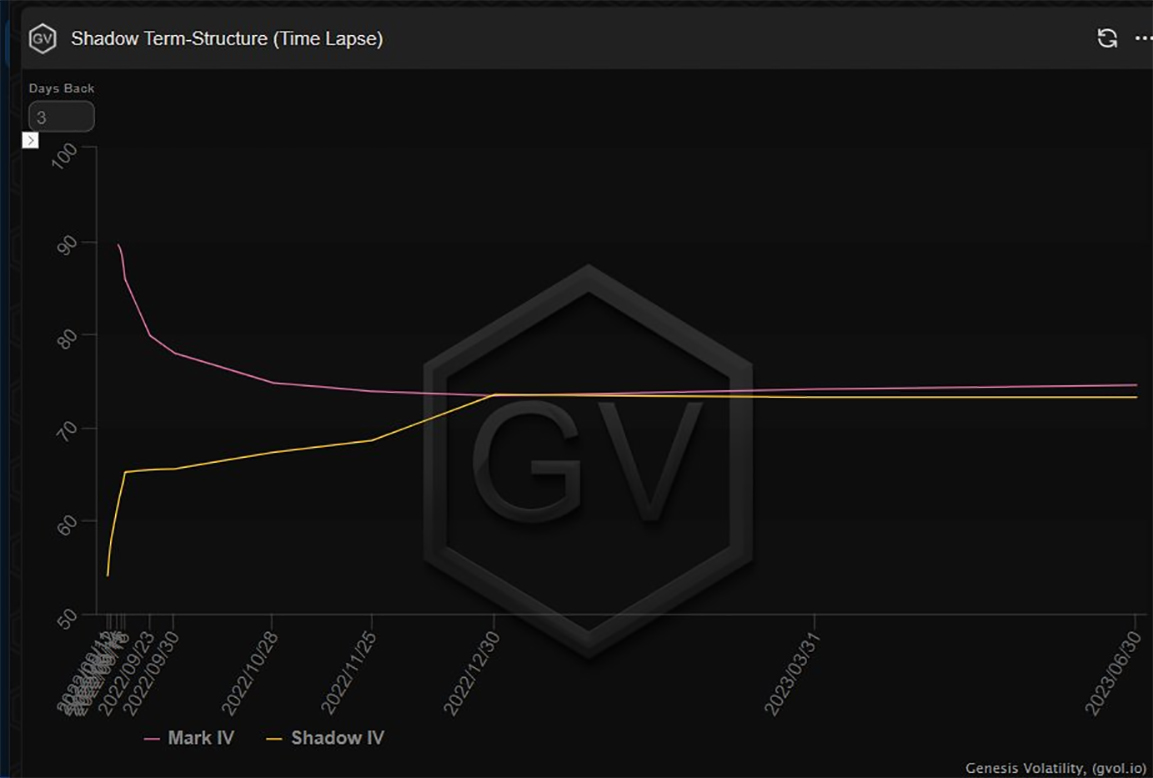 All eyes on The Merge.
1-2day IV (movement expectation) spiking >200% =~10% daily move.
Need to appreciate all factors in play.

2) BTC IV, after firming dramatically on the back of the Sep Call Fund buyer, got hammered post-CPI as the market sold off.
LPs were short the 23-26k area but must have been long 20-22k area and hence the move to longs created Gamma+Vega pain as near-IV initially sold off 10vols. 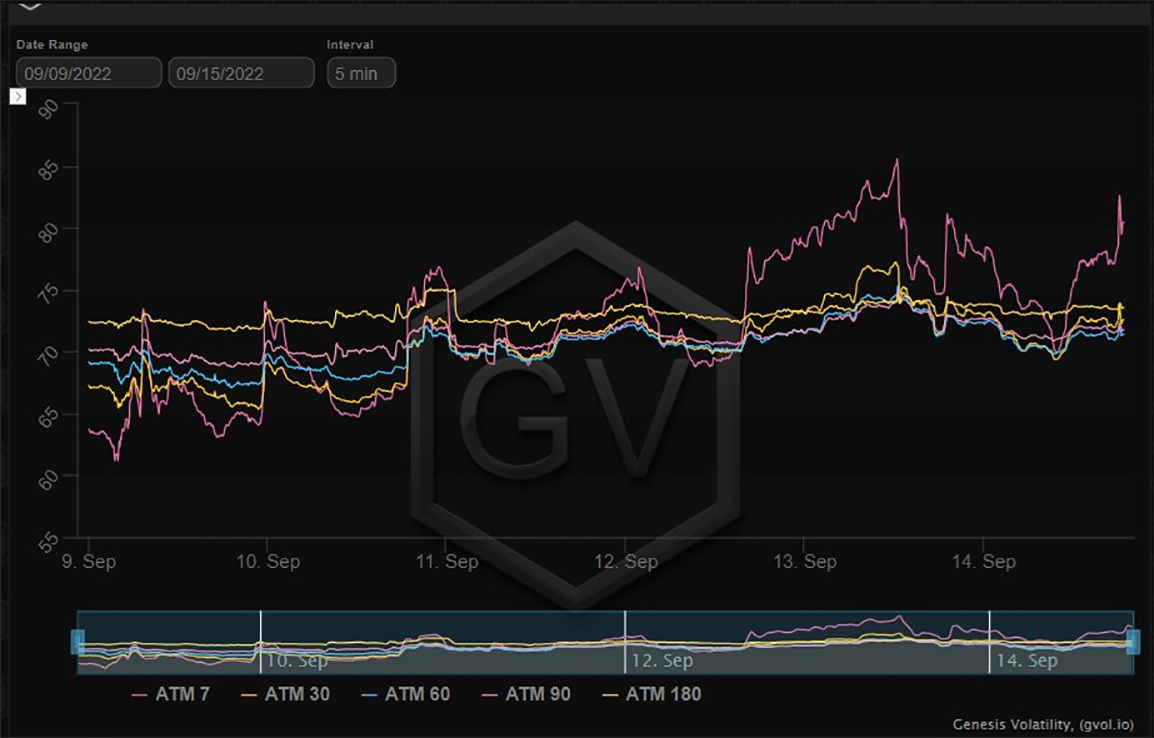 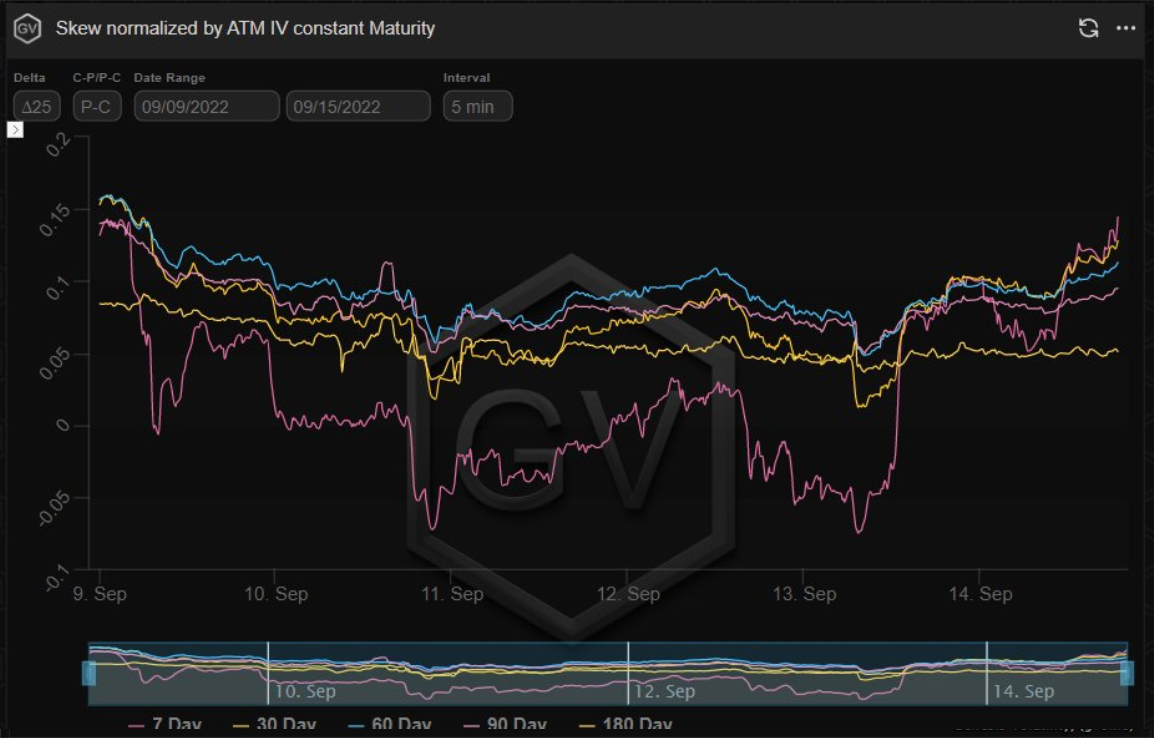 1-2day IV has spiked >200%, with 1day IV (expiring in just a couple hours after the predicted Merge block) up >80%.
This however is not due to outsized demand. MM/LPs while probably flat-short, have to obey risk parameters. 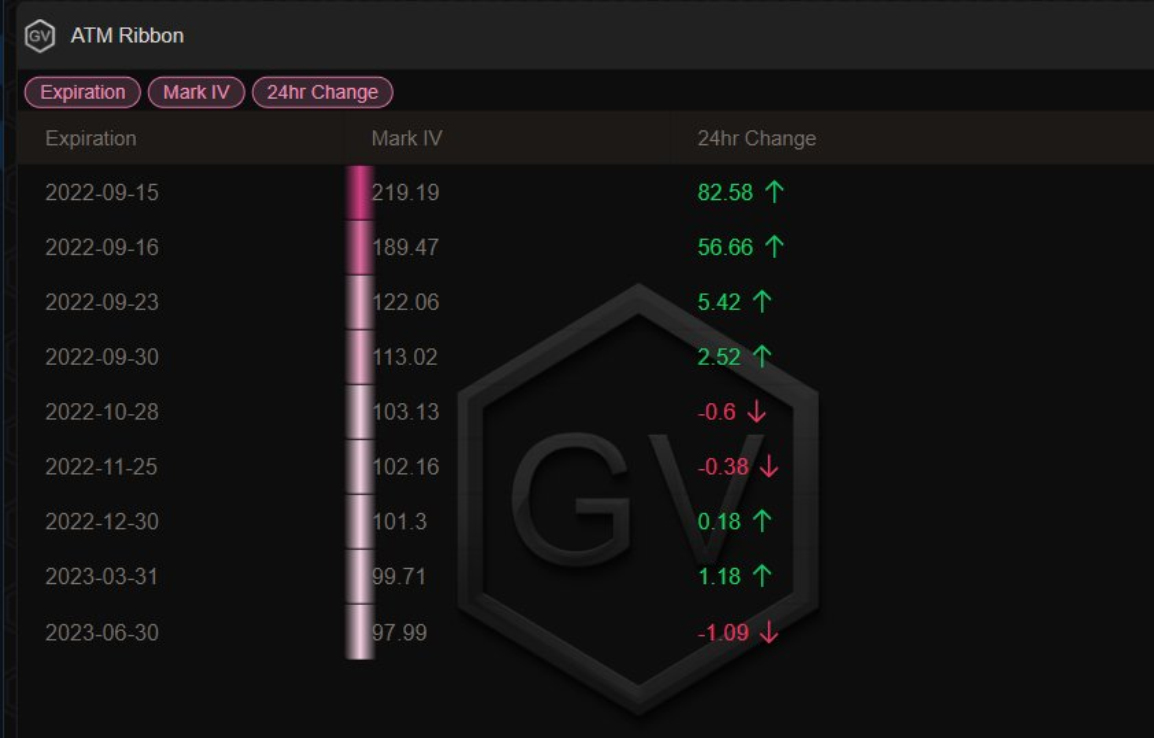 5) OI for ETH 15Sep is very modest and fairly equally distributed.
The Friday expiry (generally more liquid) is pictured below. Also equally distributed with no oversized Strikes, given the perceived momentousness of the Merge.
This is lively driven mostly by retail positioning. 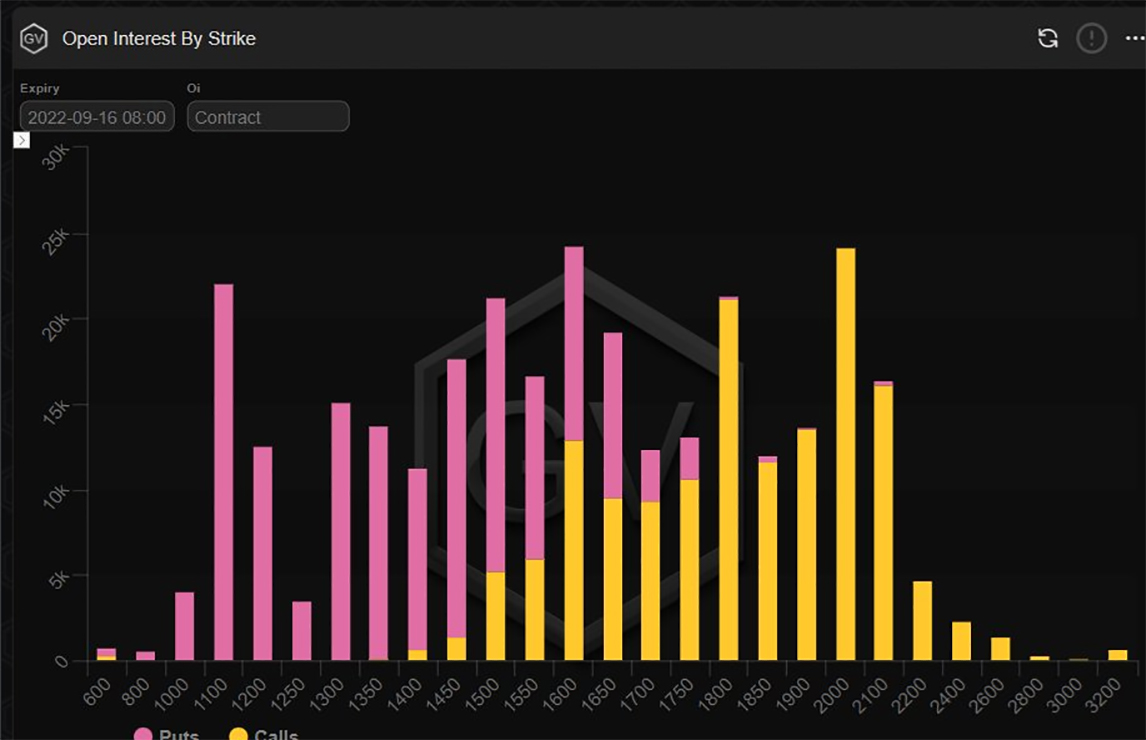 6) Large Funds live in the Sep30 (quarterly) and Dec+Mar expiries.

Below is the Sep30 expiry. Compare the y-axis for exposure relative to the Sep16.

Heavier focus to the upside, but much of this was put on in happier Macro times.
Buyer of 15k+ 2.5-3k Call spreads add today. 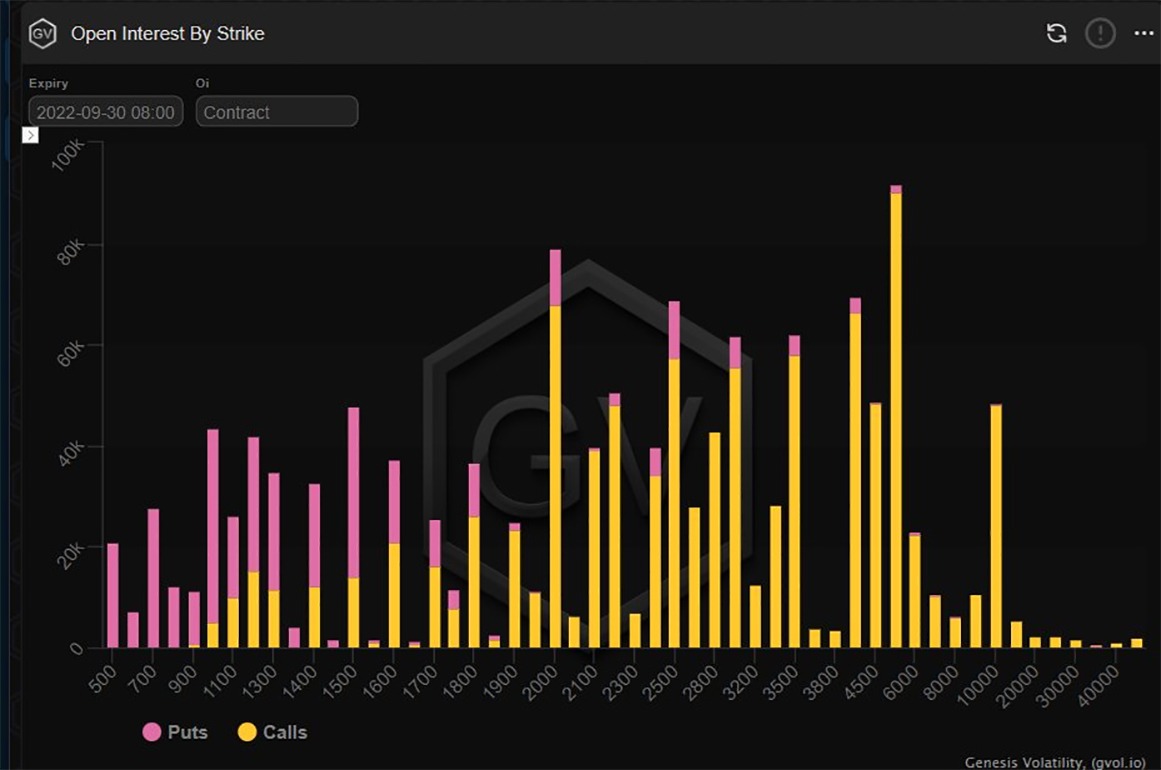 7) Real positioning in Dec+Mar.[Dec pictured]. This is where large Call flys were bought in the past, and Call spreads continue to be bought.

The conclusion from Option activity is perhaps not one of immediate movement (1-2day IV is a squeeze), but of longer-term upside >2.5k. 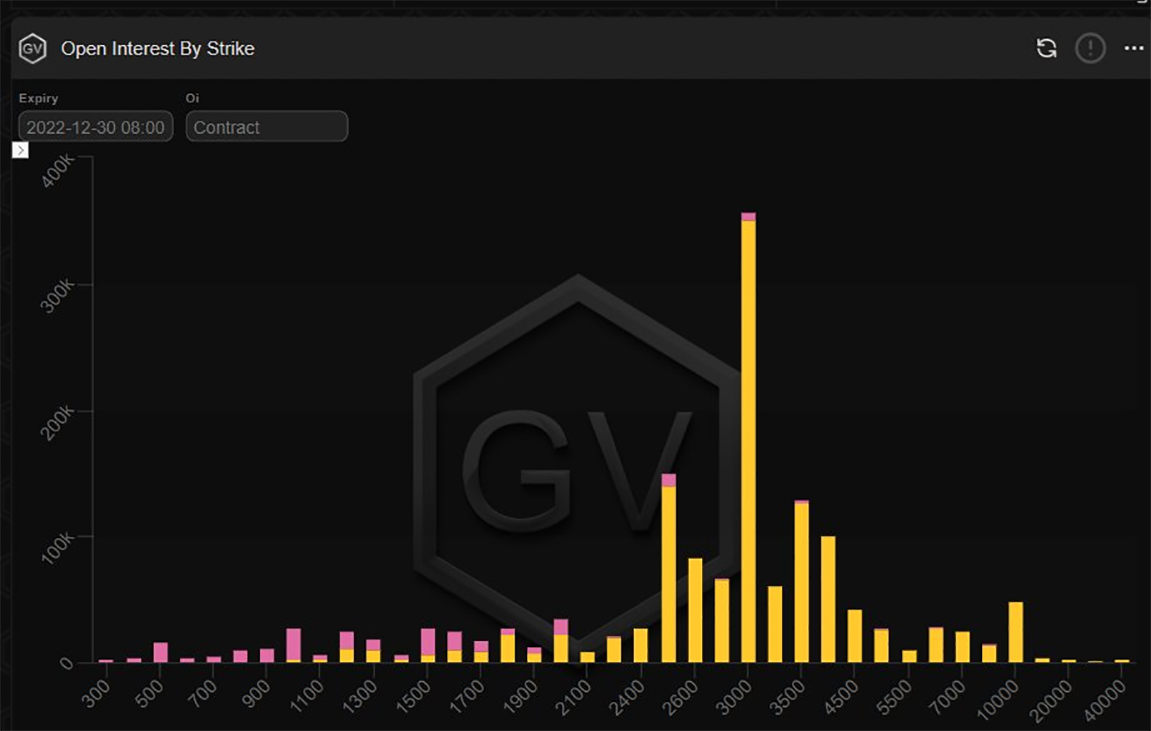 Option Flow: Mix It Up