In this week’s edition of Option Flows, Tony Stewart is commenting on Politics, Trad Finance and Wall Street.

‘A week is a long time in Politics’ – Harold Wilson.

This week may be the tipping point of Trad finance into Crypto. Wall Street showed its ugly side. Defi + Alt interest surged while BTC remained volatile, testing weak hand resolve <30k, while Insto’s accumulated. Then Elon.

2) In the run-up to Deribit’s largest Open Interest expiry on the 29th Jan, the week started quiet.
The 22nd Jan BTC dump <29k had allowed weak hands to exit, institutional players to add; it was the shake-out that many had looked for.
Option volumes low; Alts+Defi attracted. 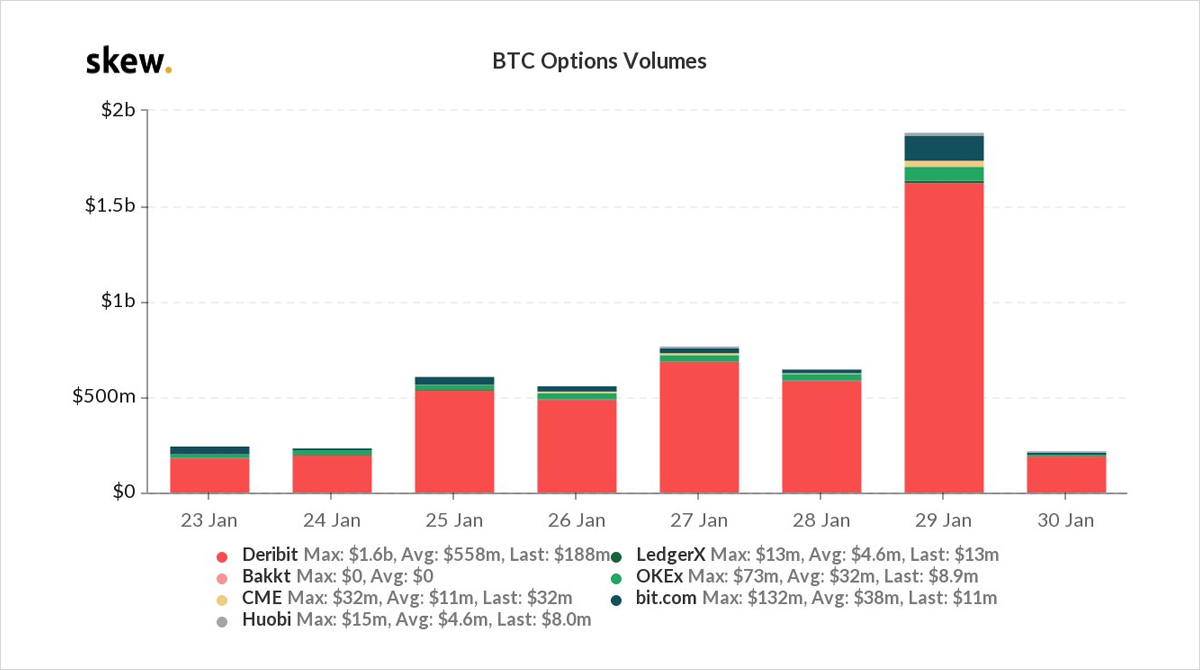 6) When Crypto-Twitter realized at 8:30am UTC, 30mins post-expiry that Elon Musk had changed his bio to one-word – Bitcoin, it took 30mins for the market to rally from 32k to 38k, liquidating $400m of shorts. 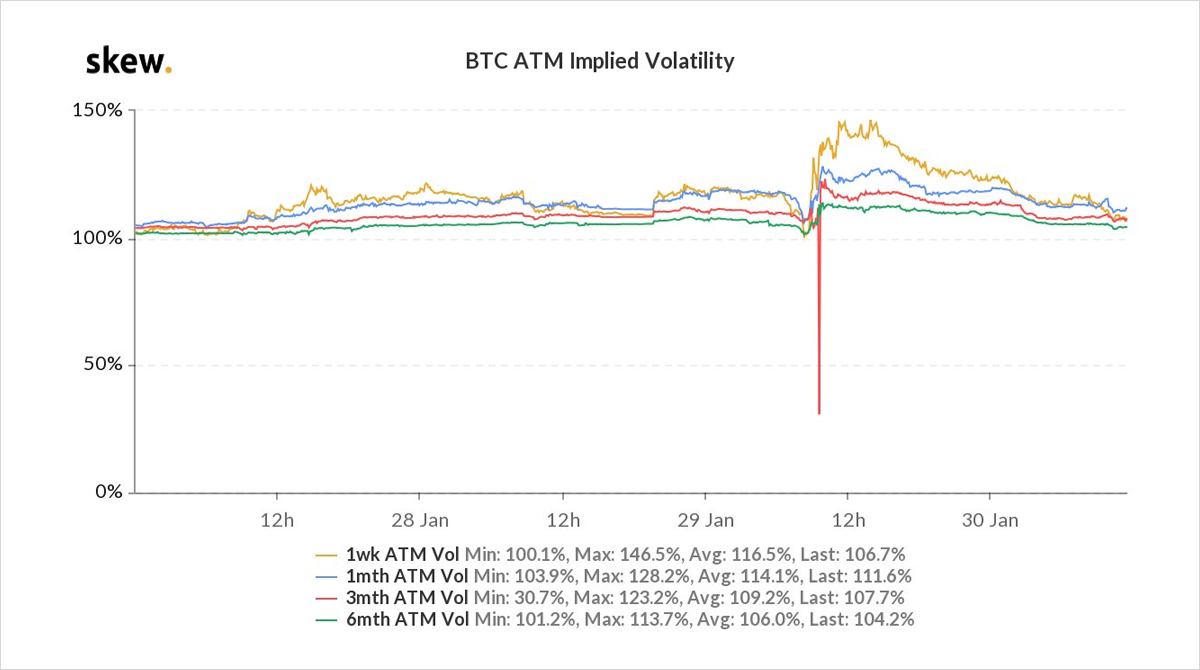 7) Skew flipped. No-one cared about Puts anymore. That one word ‘Bitcoin’ pushed many to the conclusion that Elon was about to announce Tesla Treasury allocation.
With the MSTR conference next week, pre 5th Feb expiry, the upside was Calling.
Vols spiked in near-dates. Call led.

8) Expecting a surge from the US investor base, funding ballooned….but it didn’t come. If it did, it was over-run by deleveraging. Insufficient Spot.
Option market took advantage.
Large seller Feb12 40k Calls x1.5k at 130%.
OTC Feb/Mar 1×2 Call spread bought, hitting OTM Calls. 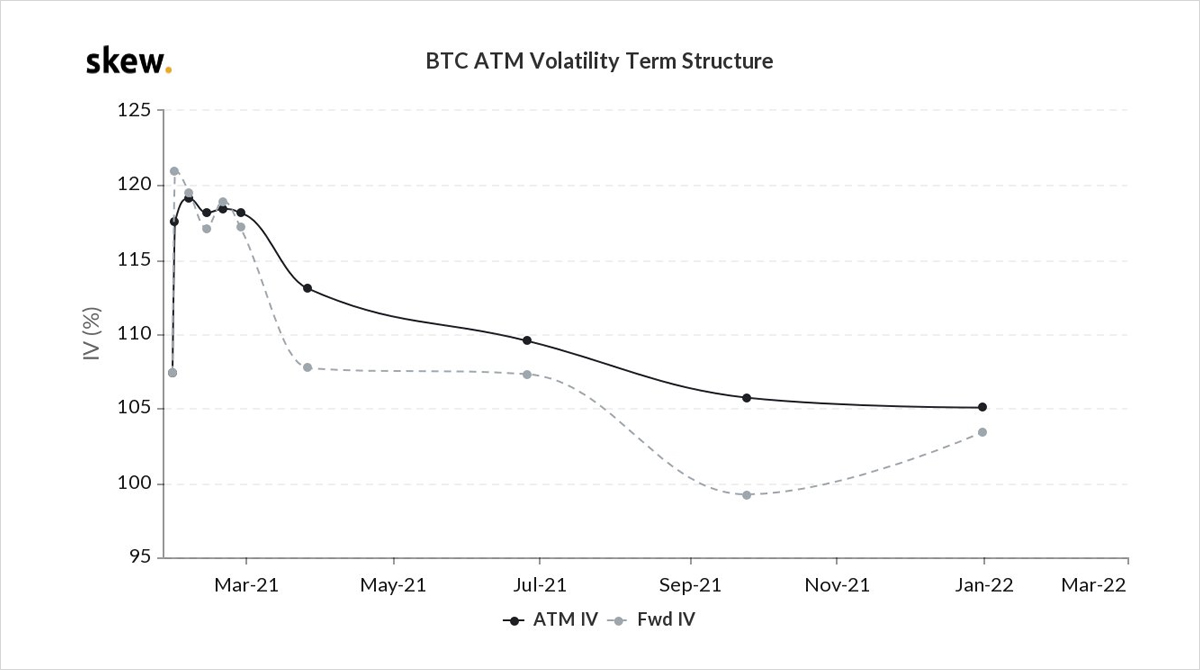 10) The weekend has seen its natural sell-off in Implied Vol at the near-end. IV has gone into contango, with selling of Feb1-12, rolled into Feb26/Mar, which has also drifted in with Spot maintaining 33-34.5k range.

Note Feb5th Strangle seller, never in doubt, back in profit! 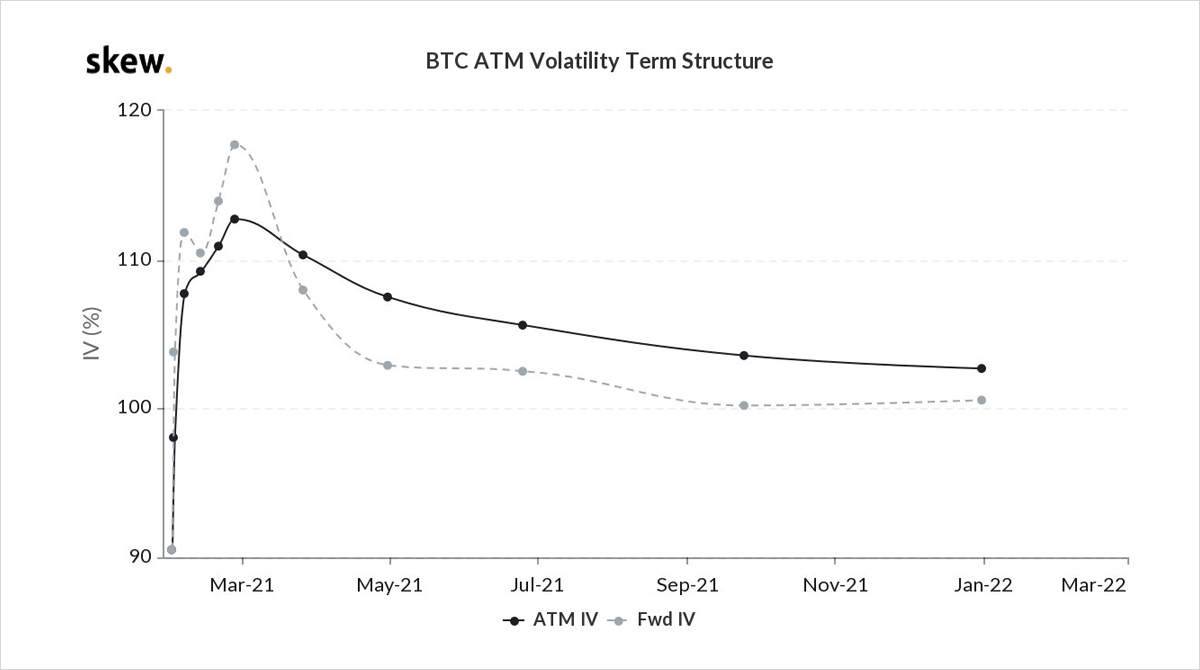