In this week’s edition of Option Flows, Tony Stewart is commenting on Options behavior and March gamma exposure.

2) Drop to 43k and bounce back, exhibited very little unwinding of profitable BTC Puts, suggesting Protective Puts vs Long BTC required, and speculative Puts dreaming of <40k.
Most of those Puts remain, but new Put sellers feeling confident on the constructive test of key levels. 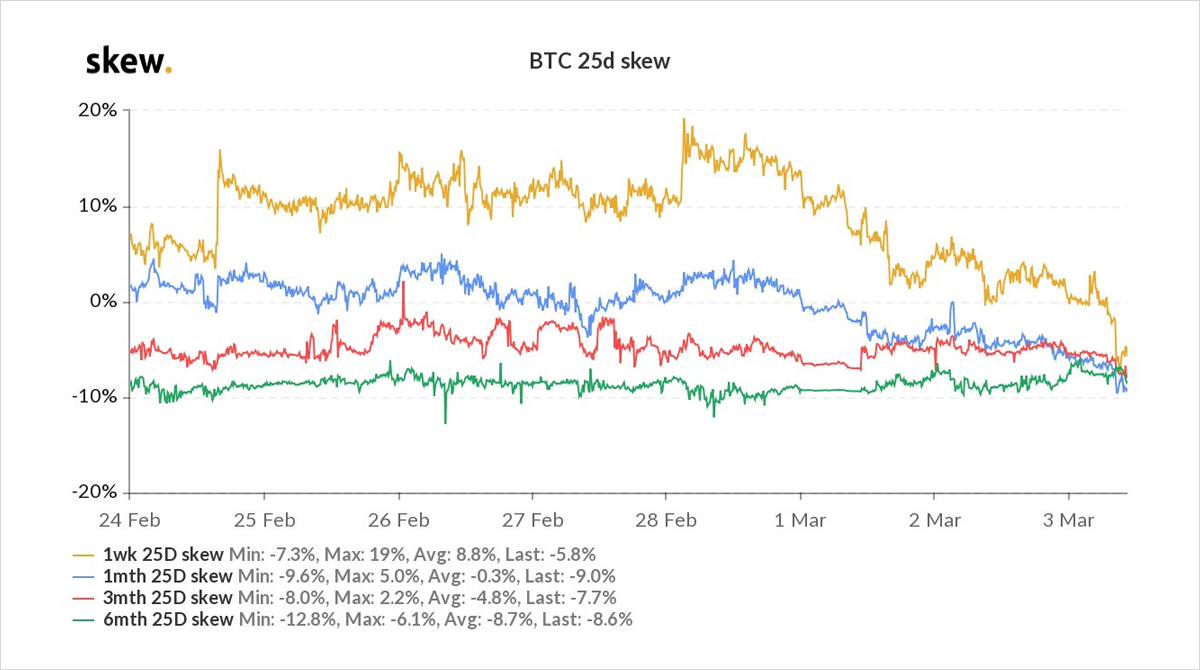 4) Hardest hit has been near-term gamma. Some relating to de-risking of Mar5 expiry and rolling exposure (Puts+Calls) to Mar26th, but sufficient supply in the whole of Mar+Apr to force lower. 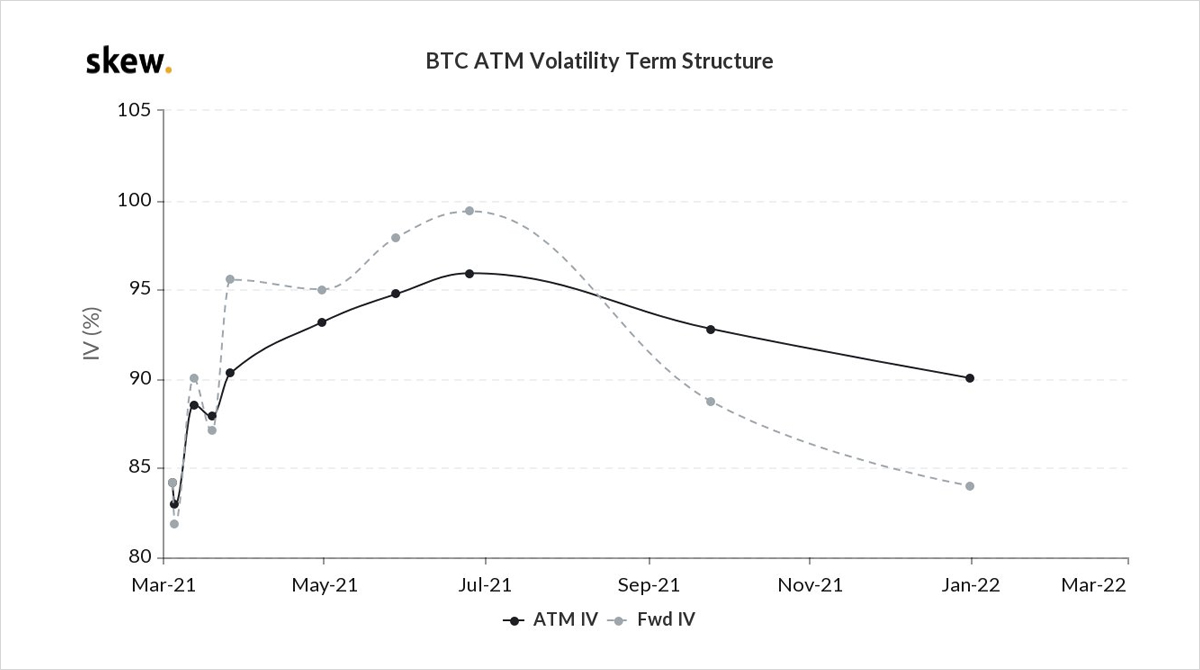 Focus has once again switched back to a protective bias.
The 40k zone is critical medium-term support and Funds seen hedging Long Spot against low-probability events. 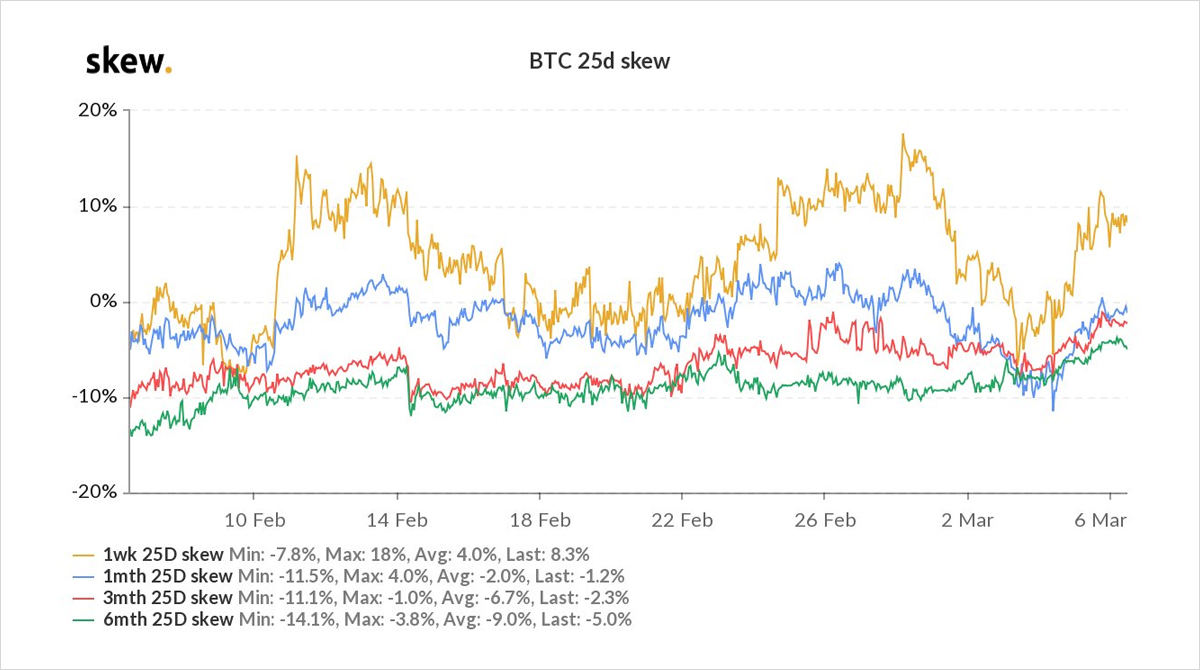