And not just Fast money. 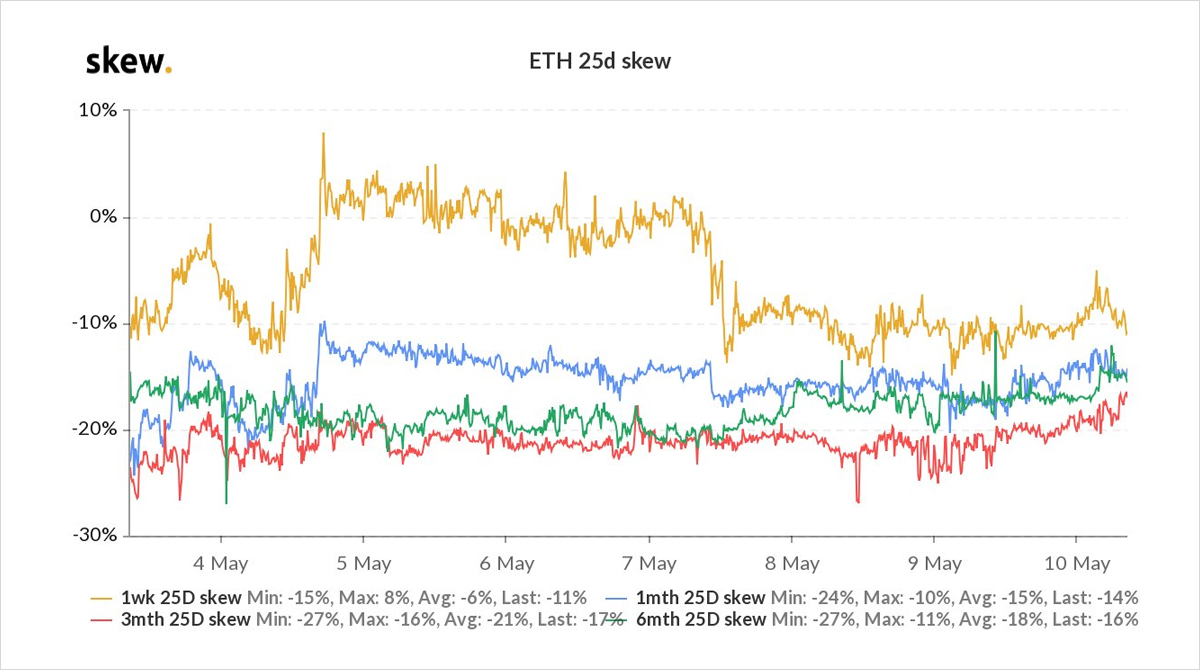 3) Regarding the Mar22 50k Calls, the motive is not as clear-cut as first impressions.
Volume 12k, was majority bought by what appears to be a roll from Dec+Mar 25k strikes.
Simplistically, this might just be a bullish spot play.
But also could be a technical Option greek play.

4) Interestingly there was a quote for 5k more of the Mar22 50k Calls (as an individual trade) that was not executed. Sometimes this is genuine interest, sometimes a muscle flex.

Impact of buying has been to maintain +ve Call Skew and increase Implied Vols, supported by RV>100%. 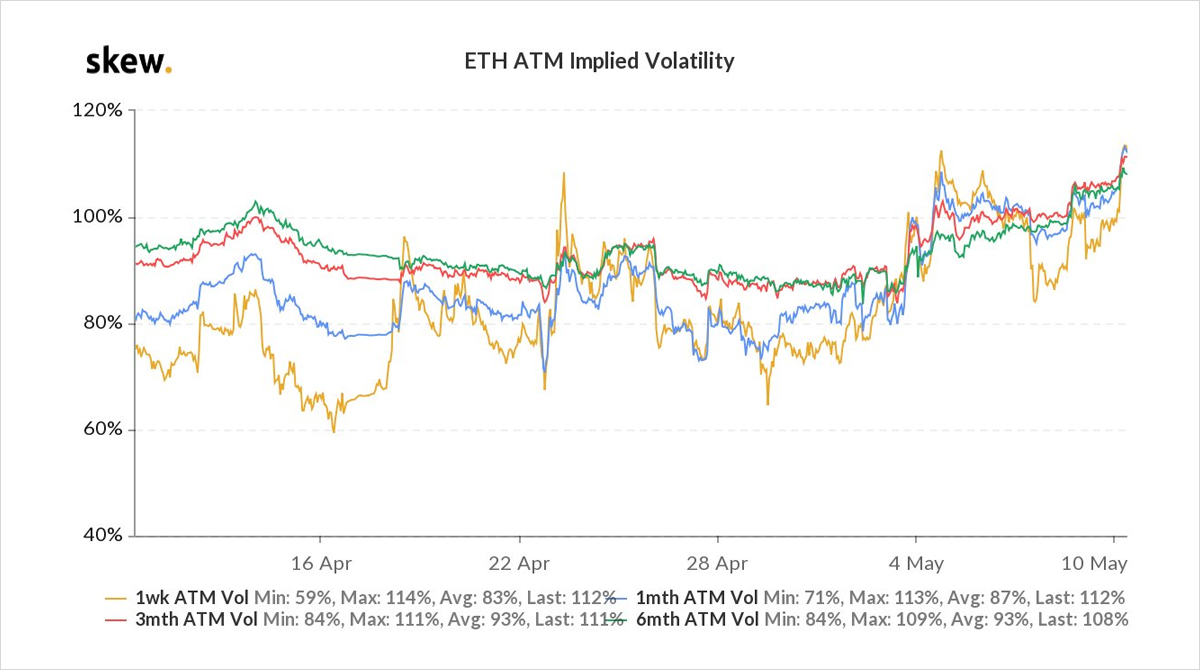 But BTC IV is nudging higher in sympathy with ETH, on low volumes.
Either expectation is of BTC move, or perhaps a shift of MM collateral to the action. 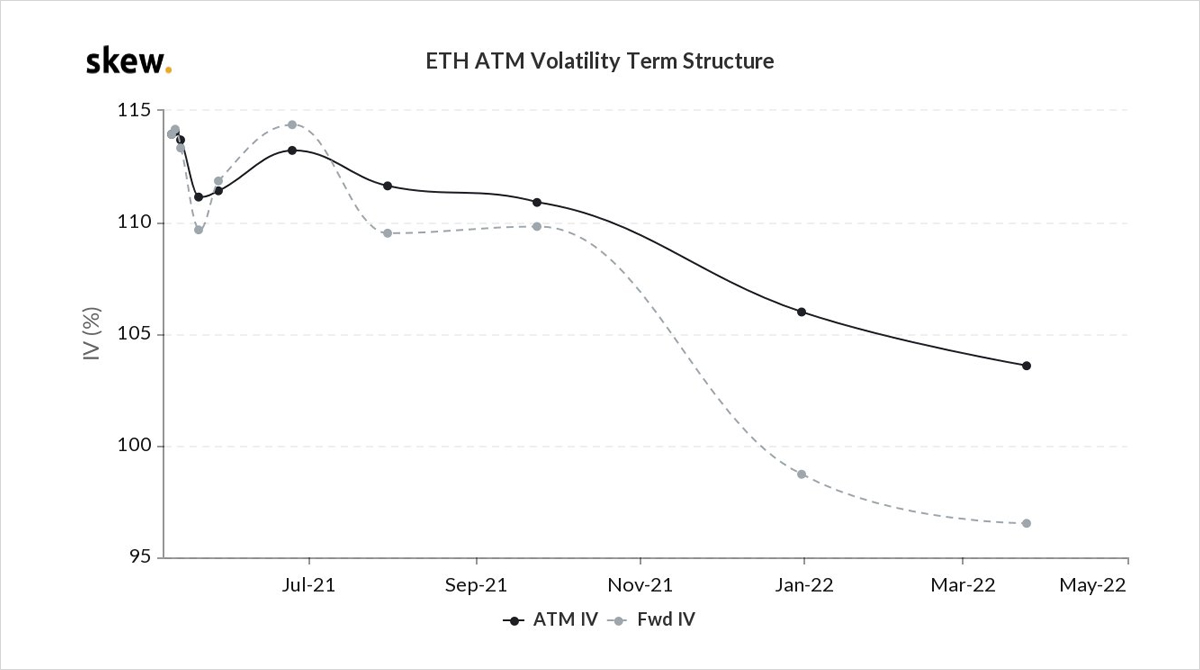 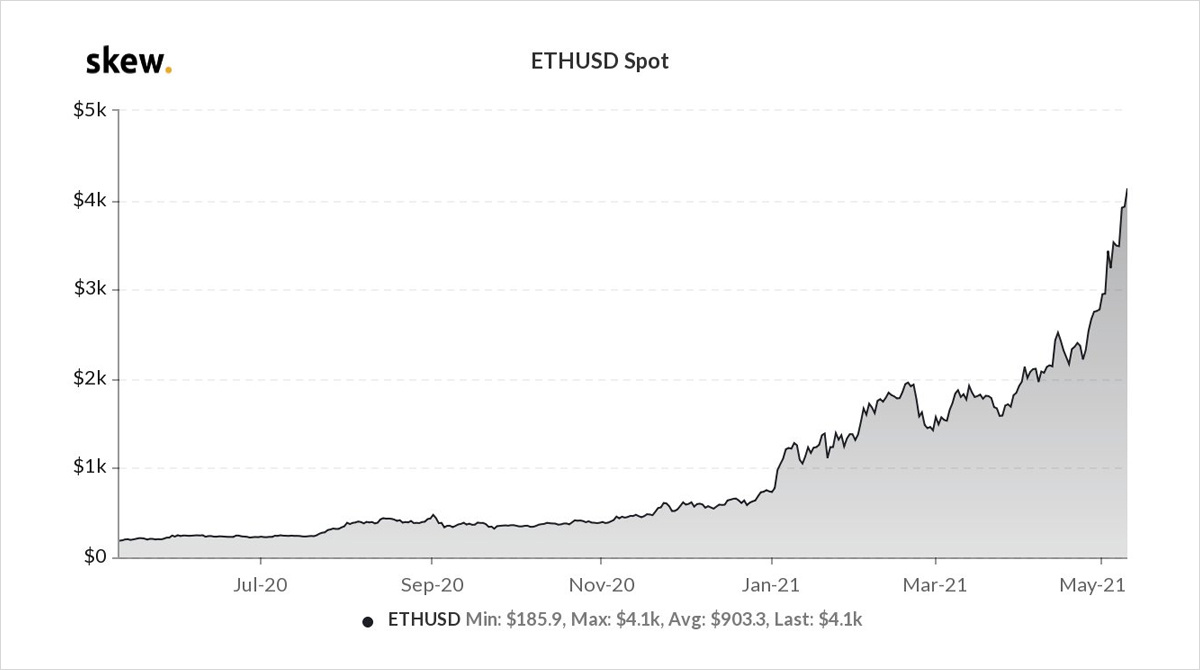 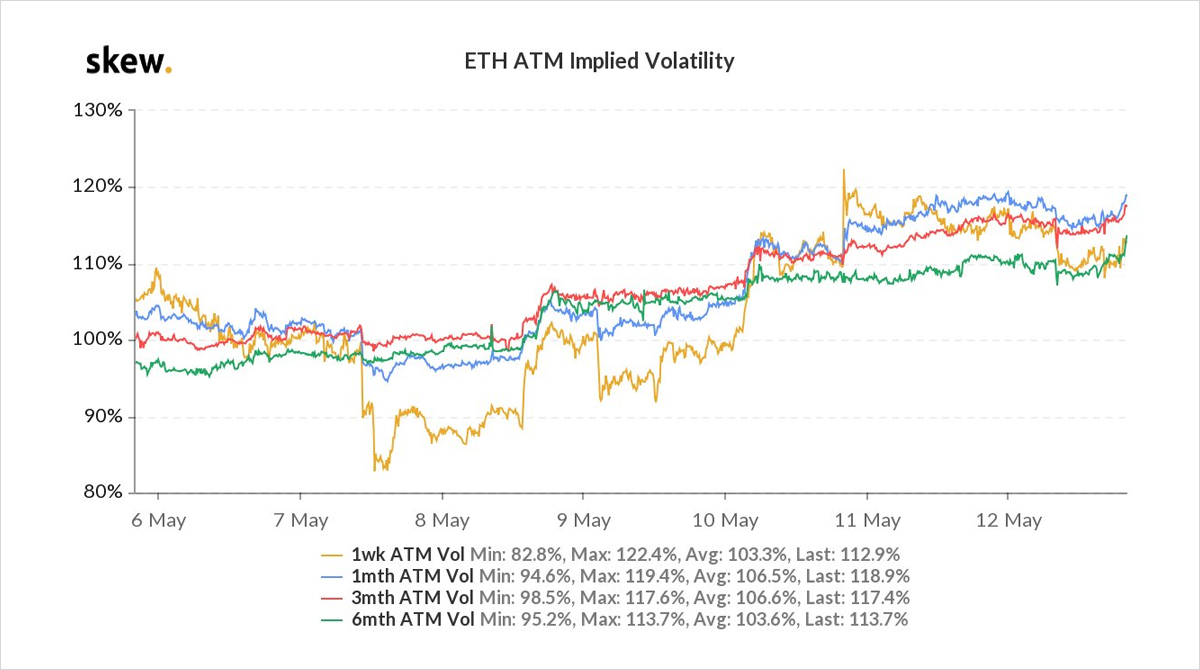 In BTC, movement of May 50k Puts to longer-dated Sep+Dec, plus a 2day 52k Put buyer x500+ outweighed buying interest in May 60k Calls.

Put Skew slightly firming on the back of this, but Implied Vol in line with Realized and Term-structure not panicky. 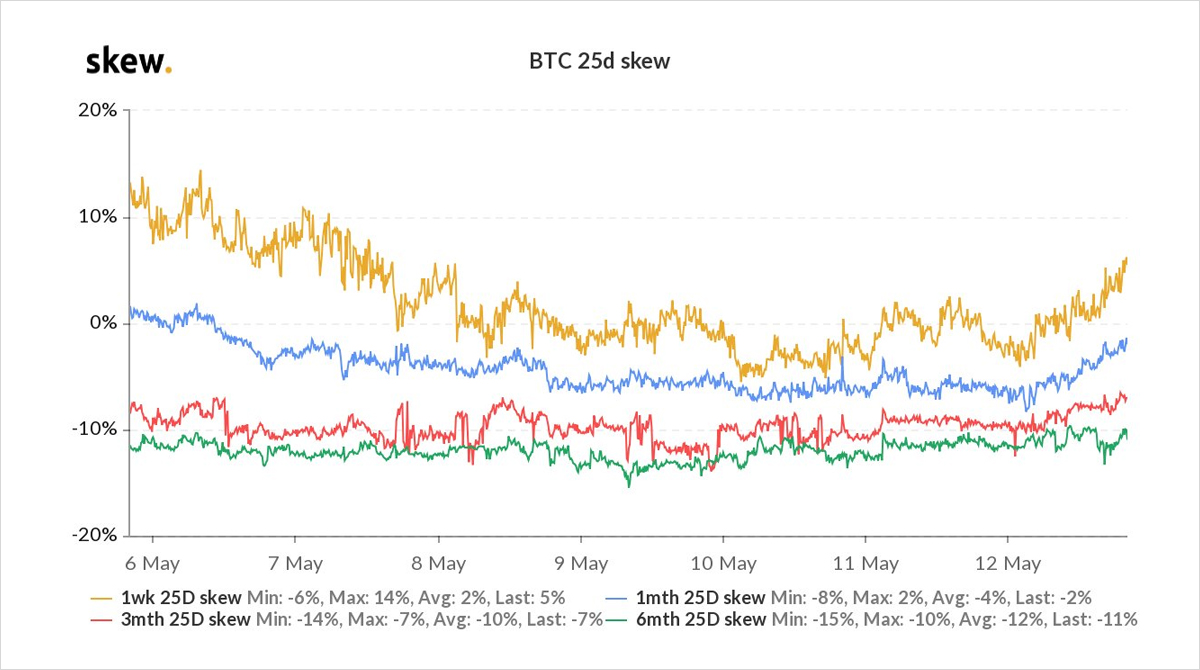 2) When the buyer was forced to complete size in full view, IV and Put Skew surged, as sellers were unsure on full order total.

As the buyer did not want to exchange futures with the Put purchase, he is likely either protecting an existing position or speculating on BTC to fall. 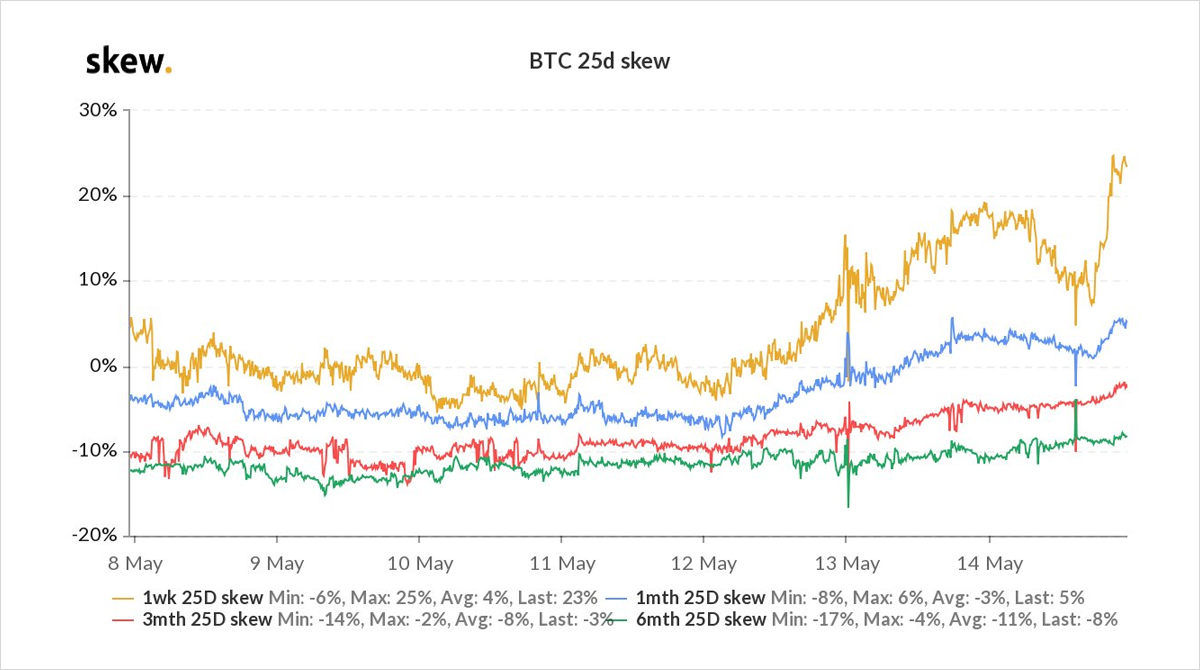 3) Of note, there was no such activity on ETH options, despite recent significant engagement. This bearish BTC flow further confirmed the separate narratives in play. The BTC term-structure, recently in contango, levelled out. 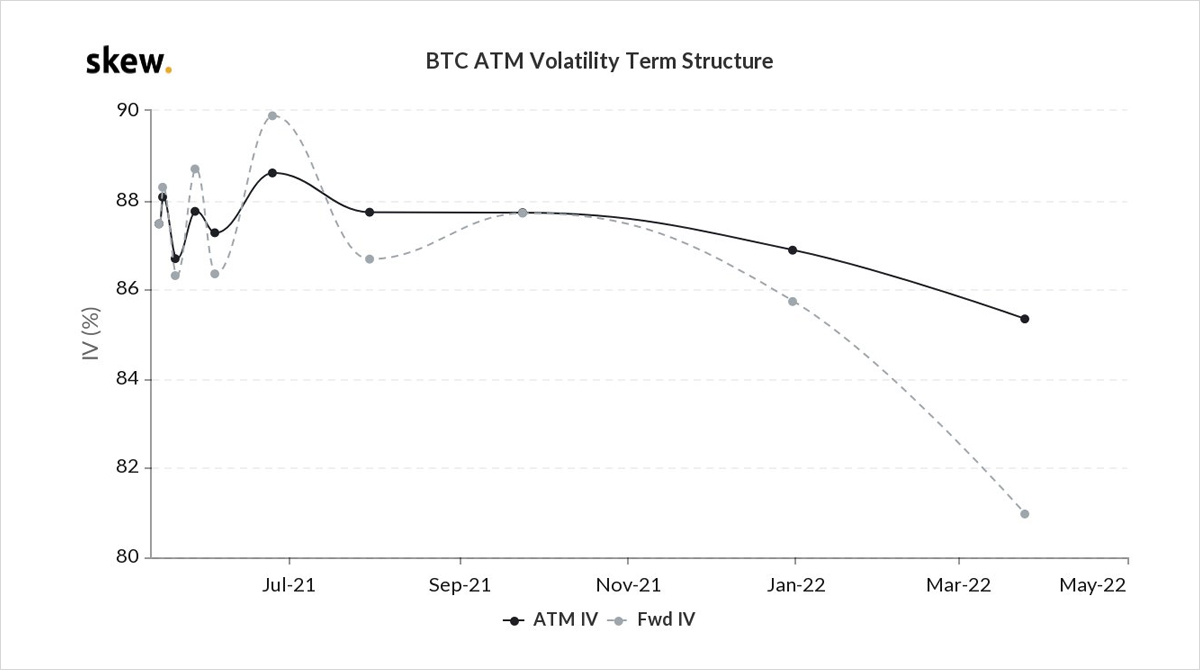